5 Creepiest Lighthouses of the World

It is said that the endless sea watches over seafarers sailing to its dreary connoisseurs. Souls lost in salty waters are guided by the sea to the shores of afterlife. None the less, these souls of the sea are rumoured to meander about their past dwellings. A Few have lived even to tell tales of their ghostly experiences. This reminds us that it is that time of the year again! It’s Halloween! Perhaps this is the best time to take a tour of some of the most haunting spots by the sea! Presenting you the 5 Creepiest Lighthouses of the World.

People say smoking is injurious to health, but surely that is no binding for a spirit. You will meet a smoker ghost in this one of the spookiest lighthouses of America. The tall tower that rises 165 feet above sea level has always been a favourite amongst ghost hunters and television documentary makers. The cigar smoking ghost haunts the fuel house. But it is not the only spirit that haunts this place. Wisps of laughter of three children who died by drowning is heard in the tower and one of them even is seen in the blue dress she got drowned in. A sudden chill down the spine may be caused by the spirits of the pirates who were executed in the lighthouse and buried in the ground behind the tower. They say the ghost of the original owner of the lighthouse still haunts the tower late at night.

Stories of ghosts of a prankish girl in the keeper’s place and a tall man in the basement also do the rounds here. If you are visiting, do not forget the poltergeist in the gift shop. The tour guides report that they hear someone climbing the stairs but the footsteps have no human body!

Generally the ghosts are scary, evil, and even harmful. But a trip to Owl’s Head might change your concept a little. Who you are going to meet here is a real dutiful and responsible spirit. The Owl’s Head lighthouse has two ghosts. One of them is the spirit of a former keeper who still haunts his workplace and is bound to his duties. The mysterious keeper has been seen by others, the later keepers, but mostly through winks and corners of the eye. His footsteps have been seen on the snow, outside. The spirit keeps lowering the thermostat and polishes the brass work of the lighthouse which is a very essential job. Once the 3 years old daughter of one of the keepers woke her parents up and asked them to ring the fog horn as it was going to be foggy. When questioned, she revealed she had got the information from her imaginary friend whose picture resembled an old sea captain.

The other spirit is known as “the little lady” and she is often seen in the kitchen. Doors have been slammed shut and the utensils rattled. The lighthouse and the keeper’s residence are part of the Owl’s Head Light State Park, though not accessible. The park provides beautiful views of Penobscot bay.

The light was extinguished more than 45 years ago, and this realm of darkness has been a favourite abode for spirits ever since. The connoisseurs consider it as the most haunted lighthouse in America. The structure is modest by the outlook. Yet, without the beam, it appears very lonely and eerie. During the civil war a hospital and a prison camp for confederate soldiers were situated here. The darkness of the lighthouse still mourns those gallants. 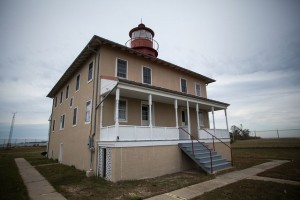 Supernatural occurrences of this place can easily turn your blood cold. Male and female apparitions take form and then vanish in thin air leaving no trace behind. Doors open and slam shut without any earthly reason. Voices, footsteps and even snoring are heard but there are hardly any people who would brave to stay in these forlorn lands. Bet already there are several butterflies flying inside your stomach too! Don’t worry! Apart from ghouls, a walk in the soothing state park by the shores is sure to calm your dreadful nerves.

Souter lighthouse is situated at the village of Marsden, in south Tyneside, Tyne and Wear, England. The lighthouse has been presently decommissioned but open to public. The lighthouse is now the property of the national trust. The engine room, light tower and keeper’s quarters are all on display. There is an outdoor play area, club and indoor activities to attract the youth. Two of the keeper’s cottages are used as national trust holiday cottages. The foghorns are still in good shape and are sounded on special occasions throughout the year. 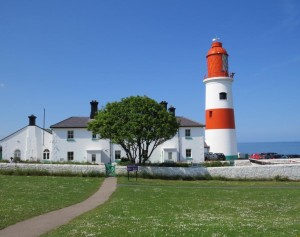 Right, you are eager to know about the blood curling tales of ghosts associated with this place. This lighthouse has been featured on British Television’s Most Haunted ghost hunting programme. So definitely the place is haunted, in fact one of the most haunted in United Kingdom. Much of the paranormal activities take place in the kitchen and living area. Staffs have reported spoons denying the rule of gravity. Cold spots and even the feeling of being physically grabbed by some unseen power have robbed witnesses of their senses. Strong odour of tobacco has been felt in the kitchen corridor and in the recreated keeper’s cottage area. A waitress also witnessed the apparition of a man in an old fashioned lighthouse keeper’s uniform who disappeared in front of her own eyes.

The most prominent is the ghost of Isabella Darling, the niece of Grace Darling who is the most celebrated maritime heroine of all time. The spirit is seen near the engine room, people hear her cry and call them by their name. 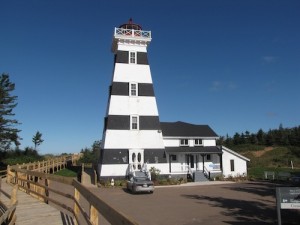 The lighthouse is located at the most recognizable habitation of the Prince Edward Island. It has an inn and a museum. Thirteen rooms of the inn provide you with breath-taking scenic beauty of Northumberland Strait from the shore of West Point, PEI. Eleven rooms provide walkout decks. The keeper’s quarter and the Tower Room are in a private guest’s section of the West Point Lighthouse Museum.

The friendly ghost of Willie, the first keeper haunts the West Point Lighthouse Inn. His apparition, voice and cold spots have been experienced by many locals. West Point has more in stock than the occasional supernatural event. A burning ship is seen off the coast of O’ Leary. Legend says that centuries ago the crew of a ship made a deal with the Devil to save their ship from sinking. Their lives were saved that day but they became cursed for eternity. The burning ship of the coast is believed to be the same ship that the crew is burning on to this day.

We know fear is fun! How about taking fun to the next level this Halloween and get set to one of the nearest and most accessible lighthouses mentioned above? Just grab your crucifix and the bottle of holy water and follow the trail World Luxury Tourism has set for you.