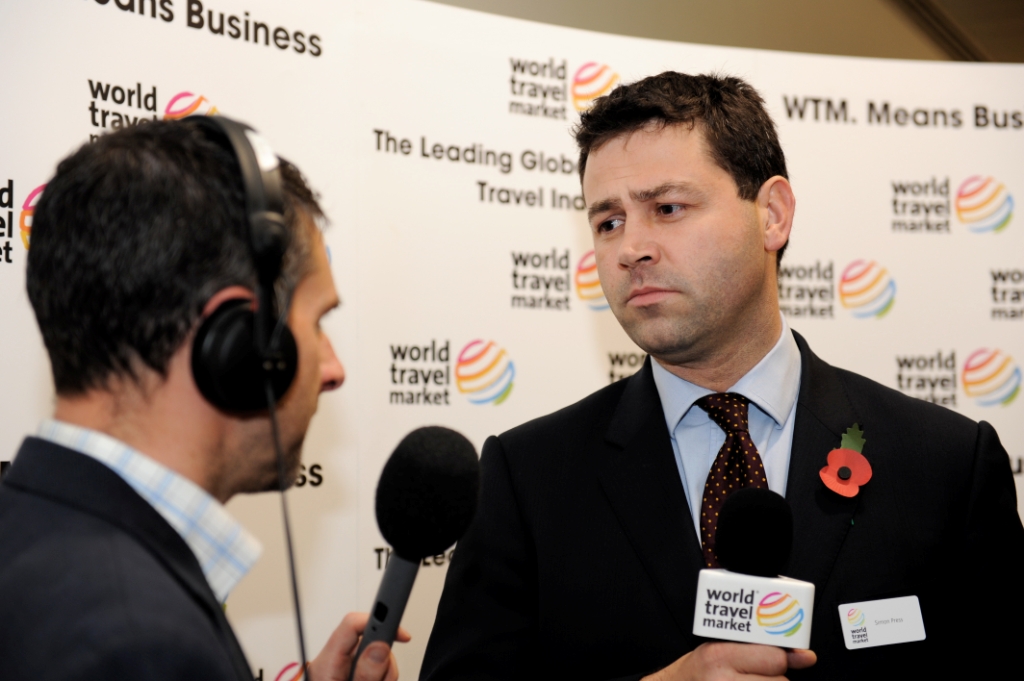 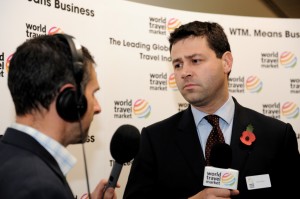 Every year in November, the entire global travel industry turns its eyes towards London. This is when London plays host to the World Travel Market – one of the biggest events of the travel industry in the world. This four day event organised by the Reed Travel Exhibitions and held at ExCeL London (Exhibition Centre London) attracts over 50,000 exhibitors and buyers from the travel industry with 182 countries and regions being represented. The World Luxury Travel Magazine had the opportunity to interview the Reed Travel Exhibitions Director, World Travel Market Mr. Simon Press recently.

Mr. Simon Press has worked in the exhibitions industry for a number of years including some of the biggest exhibition companies. During that time he managed awards, conferences and buyers’ clubs that have enabled him to understand the importance of delivering high quality buyers to exhibitors.

He has joined Reed Travel Exhibitions in 2007. He was the Exhibition Director of Arabian Travel Market before joining WTM in 2008 as the Head of Sales, which gave him a valuable insight into the premier global event for the travel industry before taking up the current position of Exhibition Director at the start of 2010.

Here is an excerpt of the interview of World Luxury Travel Magazine (WLTM) with Mr. Simon Press.

WLTM: The growth of WTM is remarkable. The participation has seen a steady increase along with the status of WTM London. What are the general major objectives that you look forward to achieve with every WTM event?

Mr. Press: World Travel Market continues to live up to its reputation of being the leading global event of the travel industry every year, encouraging business to take place between the exhibitors and the buyers (WTM Meridian Club Members) to ensure WTM means business.

We also attempt to be year round content providers to the industry. With our WTM Vision Conference series, launched three years ago, now well under way, this offers trends, forecasts and insights for senior industry delegates to help shape their businesses. Next year we plan to hold our WTM Vision Conferences in Moscow, Sao Paulo, Shanghai, London, Dubai and Mumbai.

WLTM: What will be the major focus of WTM in this year’s November event in London?

Mr. Press: World Travel Market, the leading global event for the travel industry, is the event where the industry conducts its business deals. WTM 2012 is poised to facilitate even more business with a number of new initiatives planned, including a more comprehensive Speed Networking line-up.

WLTM: What are the objectives behind the formation of the WTM Meridian Club? Who can be a member of this elite international buyers club?

At WTM 2012 it will celebrate 21 years of facilitating the travel industry’s business deals.

There is a whole portfolio of business and networking opportunities across the four days of WTM, starting with WTM Speed Networking before the exhibition opens on Monday, November 5. Last year, 208 buyers and 411 exhibitors started negotiations at WTM Speed Networking. On the second evening there is an informal networking reception for buyers and exhibitors to discuss deals. A WTM Meridian Club 21st Anniversary Reception for buyers and exhibitors takes place on the Wednesday evening.

On the final morning there is the Networking Breakfast followed by, new for WTM 2012, a final speed networking opportunity for buyers and exhibitors to further discuss business.

Buyers can register at www.wtmlondon.com/register as a visitor the application will then be reviewed to see if they qualify for WTM Meridian Club status. Buyers will be emailed to confirm their status.

Mr. Press: The ATM Buyer’s Club and WTM Meridian Club are ultimately similar in the fact that they are dedicated for the buyers of travel products at both events.

Both buyers’ clubs have separate comprehensive vetting systems in place to determine the top buyer’s in the industry.

WLTM: On its 21st Anniversary, what are your future plans and objectives of this international WTM Meridian Club?

Mr. Press: We plan to continue to encourage business at WTM both during and post the four day event.

By introducing the second Speed Networking session on Thursday this allows Exhibitors and WTM Meridian Club members to further discuss business and tie up any business deals that may have been discussed on Monday.

WLTM: How would you predict the growth and development of the tourism industry in the near future? What is WTM’s insight as one of the important trend setters in the travel industry apart from being the most important tourism event in the world?

Mr. Press: We are presenting a number of reports at this year’s World Travel Market, which predicts certain areas of growth and development. We work closely with Euromonitor International to bring the industry the latest trends and statistics from the different regions around the world, as well as presenting the World Travel Market 2012 Industry Report, which looks at what holiday makers are doing and what is being discussed on the exhibition floor.

If you wish to attend either of these sessions please register at www.wtmlondon.com/register and attend World Travel Market on either the Monday November 5 or Tuesday November 6.

WLTM: What is WTM’s take on the luxury travel market? Is there any exclusive plan of WTM on this segment of the world travel industry?

Mr. Press: The Would Travel Market 2012 – the leading global event for the travel industry is delighted to announce its exclusive luxury business event – A Taste of ILTM at WTM.

The event, in its second year, is a pre-appointment driven session with all meetings pre-approved by ILTM.

A number of leading luxury exhibitors have already signed up to take part in the event, including:

WLTM: Please tell us about International Luxury Travel Market and its importance for WTM?

Mr. Press: ILTM, the leading ‘by invitation only’ event for the global luxury travel industry, takes place in Cannes from December 3 – 6, 2012. It hosts many niche luxury travel companies as well as the large well known luxury travel brands.

Luxury travel is a very important sector for WTM with a number of our exhibitors looking to discuss deals and sign contracts with luxury buyers.