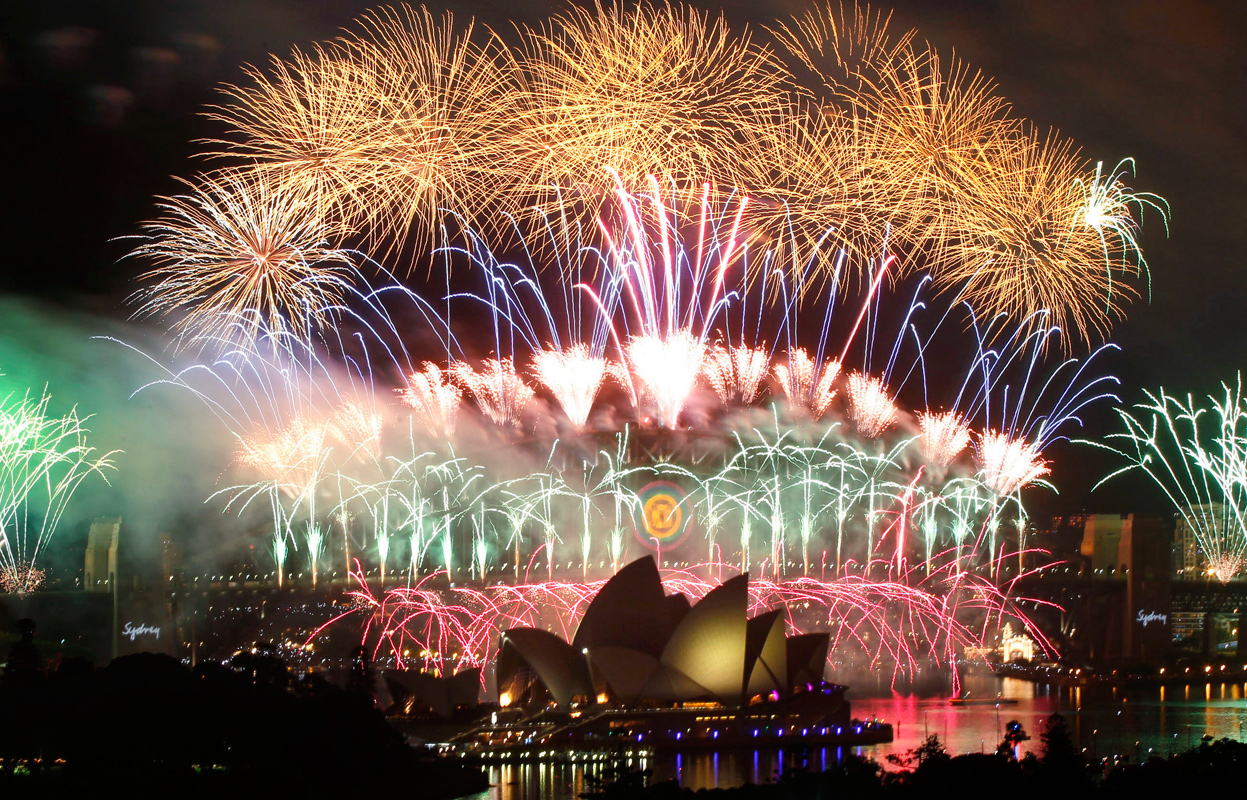 New Year is the perfect time for ringing in the new, ringing out the old and making fresh and hopeful beginnings in all spheres of life. The promise of things to come is tantalizing and puts new zest into life. We believe that the beginning of a New Year must be celebrated with full enthusiasm. So, what is the best way to celebrate the New Year? By having a great time of course! And the easiest way to do it would be to head to some of the best places in the world for singing – auld lang syne! Here are the Five Best Places to Welcome the New Year:

New Year’s Eve at Sydney is a never-to-be-forgotten affair! Sydney is the first city in the world to ring in the New Year. Sydney Harbour is the epicentre of the action with people pouring in from as early as 6 am to find the prime spots for viewing the shows of the evening.

It’s mainly about fireworks, synchronized to music, as grand and scintillating as it gets. There are two stunning pyrotechnic displays. There is one at 9 pm for families, especially children. A fantastic ‘Harbour of Light Parade’ follows, consisting of around 60 beautifully illuminated and decorated vessels. This is followed by the magnificent midnight show, fireworks from barges on the harbour, rooftops of skyscrapers. The Sydney Harbour Bridge simultaneously light up the sky in one of the most dazzling and breath-taking spectacles in the sky devised by man. It is a must do for any travel enthusiast. 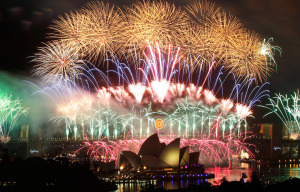 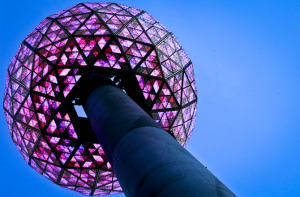 Around a million people assemble at Times Square in New York on the eve of New Year to join one of the greatest New Year celebrations on earth. The pulsating countdown begins and there is outburst of joy, a massive shower of confetti from rooftops and a ‘kiss-a-thon’ as the clock strikes twelve! The moment is marked by the dropping of the iconic New Year’s Ball from a flagpole on top of One Times Square. The Ball, covered with 3000 Waterford crystal triangles, weighs 11,875 pounds, has a diameter of 3.7m and is illumined by 32,256 LEDs.

Celebrations begin from the evening itself with crowds pouring in and live shows by famous artistes (like Lady Gaga, Justin Bieber etc.). At 6 pm, the Ball is lighted and raised to the top of One Times Square. The frenzy mounts as the hourly countdown turns into the sixty-second countdown. At 11:59 pm the Ball is lowered and fireworks explode at midnight as the Ball completes its 70 feet descent. Music, dancing and drinking continues till the wee hours of the morning. 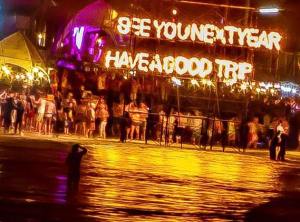 For the world’s craziest, zestiest and biggest beach party on New Year, head straight to Koh Phangan in Thailand. The excitement builds up with Christmas Party leading up to the climactic party on New Year’s Eve. Events like beach football, volleyball and a bikini contest are all part of the pre-event line-up.

The island of Koh Phangan in Thailand celebrates the moon in almost all its phases, all year round. On New Year, there is a no holds barred party with hard-core party animals assembling at the lovely, crescent shaped Haad Rin Beach. Bodies painted they dance, drink and party like there is no tomorrow. Drugs are also prevalent though there are strict drug laws existing. Party goers drink ‘moonshine’ from buckets. Music of every kind – trance, drum and bass or reggae is played and the air is electric with energy. People dance till sunrise and even later. 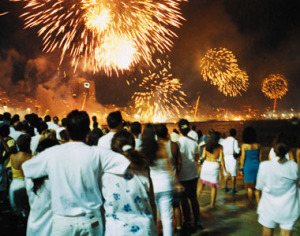 When it comes to partying, few places can beat Brazil; after all, it hosts the queen of carnivals. New Year’s Eve is no exception and up to two million people head towards the main party point – Copacabana Beach for the celebrations.

Revellers gather at the beach to ring in the New Year with a stunningly beautiful display of fireworks. Everyone wears only white clothes, symbolic of good luck. They bring flowers or small gifts to throw in the waters for thanking the sea-deity Yemanja. Another popular custom is to bring a champagne bottle (or cider) to pop at midnight. The air is festive with strains of samba and music from live bands. Exactly at midnight there is a burst of cheers, champagne and fireworks! Fireworks are placed on various barges in the ocean and they converge into the night sky forming one magnificent spectacle of colours, sound and dazzling beauty. 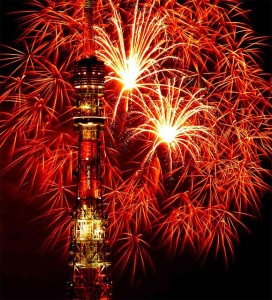 New Year in Tokyo is an interesting mix of tradition and fun. There are innumerable parties and firework displays to ring in the New Year. But what make Tokyo unique are the traditions that are part of the celebrations. Renouncing the old and making a fresh start is the main spirit underlying all New Year rituals. If you are tired of the typical New Year revelry and seeking to add a little spirituality quotient to your celebrations, Tokyo is the right place to be in.

It is a time for family get-togethers and especially the traditional Hatsumode or the New Year visit to the temple. Temple bells peal in unison, 108 times, ushering in the New Year! Over a million people seek blessings at the famous Meiji Shrine, Sensoji, Fushimi Inari Taisha or any local temple. It is customary to throw coins as offerings in the shrine.

There is, however, no lack of partying during New Year. Various events and firework displays are organized all over the city. Some of the most famous parties include the ones in Disneyland, Universal Studios, Huis Ten Bosch and the famous Tokyo Tower (impressive firework displays here). A lucky eighty people can catch the first sunrise from the observatory of the tower. Mt Takao is another popular spot for watching the first sunrise.

Roppongi, Shibuya and Shinjuku are popular tourist destinations with many clubs and bars. 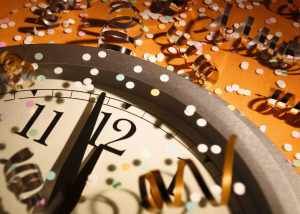 If you want to welcome the New Year in style, you can head to any of the above mentioned five best places to welcome the New Year. Of course there are other interesting options too. You can watch fireworks around the London Eye, eat a grape for every chime in Mexico, dance in the streets of Vienna, enjoy the glitter of Paris and Germany or even head to Kiribati – the first place on the planet to greet the New Year! The world is yours to explore and new horizons are waiting to open up. After all, a New Year is on its way! Have a fabulous New Year!