Five Most Expensive Perfumes for Women 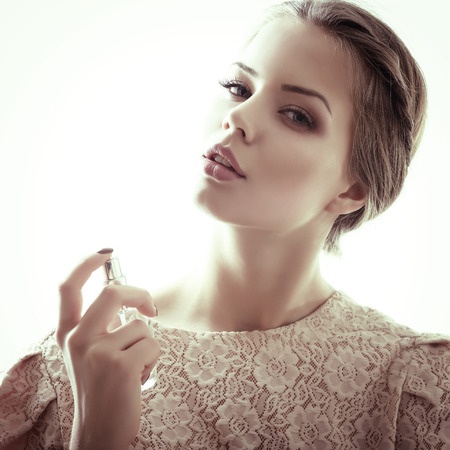 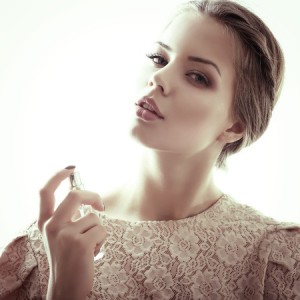 The love affair between women and perfumes has existed since time immemorial. The mystery and allure of a woman has been inextricably woven with perfume. It is said that Cleopatra bewitched Antony not just with her looks but also with the clouds of perfume around her. The modern woman continues the love affair. It is said that every woman makes at least one perfume purchase a year. Perfumes make a woman feel attractive and desirable. No fashion statement is complete without adding a final touch of perfume. Coco Chanel went so far as to say ‘A woman who doesn’t wear perfume has no future’’! Every woman has at some time or other experienced the terrific yearning created by a whiff of fragrance and the desire to possess it. There are some perfumes which are so expensive that only an elite few can actually have them! Read on and discover the five most expensive perfumes for women, the ones on the ‘covet list’ of many and on the dressing tables of a very lucky few!

However, before that, it would be interesting to take a brief look at the origin of perfumes.

Did you know the world’s first recorded chemist, a perfume maker, was a woman? Her name was Tapputi. Perfumes date back thousands of years to the Egyptians who used to burn incense and aromatic herbs in religious rituals. In fact the word perfume comes from the Latin word ‘per fumus’ meaning ‘through smoke’. Egyptians are credited with first making glass bottles and using them to store perfumes. The Arabs gave a new turn to perfume making by their discovery of distillation or the method of concentrating fragrant essences. In the 1600s a rosemary extract was blended with distilled alcohol for the first time, for stability. It became famous as Hungarian Water. The forerunner of the modern perfume was born.

Since then, perfume making has come a long way indeed. New techniques have been invented and a stunning range of perfumes are available in the world today. However, among the sea of perfumes, 5 exotic perfumes are counted among the world’s most expensive. What is it about these 5 which sets them apart from countless others? Find out for yourself.

What does the world’s most expensive perfume smell like? The answer is yours to discover if you can buy 500 ml of it for $215,000. The Imperial Majesty, declared by the Guinness Book as the world’s most expensive perfume, comes in an exquisitely crafted French Baccarat crystal bottle. The neck is designed to resemble the British Queen’s crown and has an 18-carat gold collar with a five-carat sparkling diamond on it! Only ten limited edition bottles were released, of which five were archived. Only five bottles of this priceless perfume is produced annually. It is housed in an ebony case lined with velvet and the name of the elite owner is etched on the collar. It contains the signature Clive Christian No 1 perfume and is delivered to the proud owner in a Bentley.

The most expensive perfume in the world, it costs $2,350 for 30 ml. Clive Christian purportedly commissioned Roja Dove the famous perfumer to make a perfume with the sky being the limit as far as cost was concerned. Dove created a perfume worthy of his reputation. As the bottle reads, the perfume is “created using the rarest and the most precious natural ingredients”. It contains jasmines and sandalwood from India, Tahitian vanilla, rosa centafolia (over 30 roses are needed to make one drop of rose oil), orris root (11,000 euros for a kilo) and exotic ylang ylang (grown specially in Madagascar), to name a few of the exotic ingredients. The enchanting smell is floral cum oriental. The container is hand-made lead crystal, sterling silver with 24-carat gold plated neck and studded with a .33-carat diamond!

Wow fact: Katie Holmes wore this perfume for her wedding with Tom Cruise!

Coming from the renowned house of Caron, this lovely perfume comes for $2000 for just 2 ounces. The exquisite Baccarat bottle has a white gold collar set with precious crystals. Poivre means pepper and it is reflected in the fragrance which has a sharp smell of pepper blended with floral whiffs of carnation, jasmine, ylang ylang, cloves and sandalwood. This perfume can be used by men as well.

Wow Fact: Poivre was the creation of Michel Morsetti in 1954, in accordance with a request to create something fiery as opposed to the delicate floral fragrances in vogue then!

The favourite perfume of many celebrities, Chanel No. 5 costs $1850 for 15.2 oz. Coco Chanel reportedly was looking for a fresh fragrance which would be long lasting as well. A perfumer named Ernest Beaux came up finally with the perfume she wanted. Aldehyde, a synthetic component, was used for the first time in a perfume. The fresh smell of the perfume is said to have been inspired by the fresh smell of frozen waters of the Arctic Circle which had allured Beaux during his visit there. Chanel was pleased with the resulting fragrance; in her own words, “It was what I was waiting for. A perfume like nothing else. A woman’s perfume with the scent of a woman.” Nor was she the only one to be pleased. The legendary Marilyn Monroe once famously said, “What do I wear in bed? Why Chanel No. 5 of course”! The delightful perfume smells of jasmine, rose, sandalwood and vanilla and is contained in a simple, stylish rectangular bottle. Every 30 seconds, a bottle of Chanel No. 5 gets sold and this despite its steep pricing.

Wow Fact: Ernest Beaux, the creator of the perfume, is said to have presented various samples to Chanel; she chose the sample number 5 thus giving the perfume its iconic name!

This unique pyramid shaped bottle, with a gold collar encrusted with crystals is an offering from Baccarat, famous for its exquisite crystals. Baccarat entered the perfume market towards the end of the 90s with three limited-edition perfumes of its own of which the Les Larmes Sacrées de Thèbes is one. The Oriental theme of the perfume is borne out by the balsamic fragrance with smells of myrrh, frankincense and amber blended with jasmine, geranium, sandalwood and musk. The perfume is priced at $1700 for .25 oz.

The five most expensive perfumes have all one thing in common, rarity and exclusivity. They are precious and unique. Some of the ingredients used are difficult to procure and therefore extremely valuable. Above all, the resulting perfumes have won the hearts of millions of women across the world who pay homage to these exquisite creations by paying extravagantly for the pleasure of possessing them. All you women out there, now you can add five new exquisite creations to your wish list. If you wish for it, you too can become the proud owner of one of these fabulous perfumes.