Abu Dhabi show first in region to demonstrate how hybrid formats and social media will shape future events, extending their reach to a global audience. 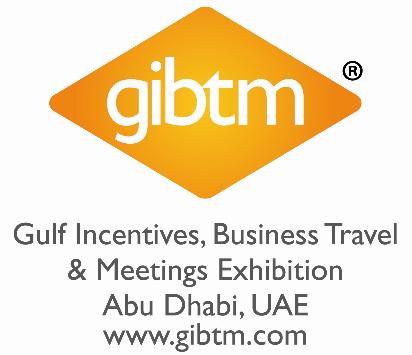 In a first for the Middle East GIBTM 2013 has given delegates a glimpse of how technology will shape events in the future, becoming the first show in the region to present the hybrid event initiative Event Camp Middle East 2013.

This hybrid format included seminar sessions focused on technological advances impacting the meetings industry, broadcast from both the show floor and streamed online from destinations as far afield as the US and Australia.

It extended GIBTM’s reach to an online global audience of 16,000 users across 10 countries in just two hours.

“By pioneering this hybrid format we have taken GIBTM out of the four walls of the show floor to a global audience,” said Lois Hall, Exhibition Manager, which kicked off at Abu Dhabi National Exhibition Centre (ADNEC) yesterday and runs until Wednesday (March 27)

“We recognise the importance of technology and social media in shaping content and the way in which meetings’ professionals are connecting now and how they will do so in the future, which is why this year’s show has embraced these ground-breaking trends.”

The session took on added relevance when it was reiterated that the Middle East was the fastest growing region for twitter users with 2.1 million recorded in June 2012, while in November 2012 the Middle East and North Africa (MENA) region had 45 million facebook users, 50 per cent of whom accessed the media via mobile.

“With delegates watching content online both during and after the show and tweeting their comments to followers around the world, they are promoting the GIBTM brand, its exhibitors and sponsors, engaging people who would not otherwise be involved.”

Cook, speaking at today’s Event Camp, added: “We believe this hybrid model should be at every event in order to extend its reach to global proportions and extend its life year round.”

Cook and Dry noted that Event Camp Middle East 2013, which is produced with zero budget and eliminates the need to fly and accommodate speakers from far-flung locations, also proved the cost-effectiveness and sustainability of hybrid events.

Reinforcing the importance of utilising technology to engage delegates before and after an event, GIBTM’s day one educational programme included an interactive seminar predicting how meetings and events planners would utilise social media in the future.

‘The Future of Meetings: The Value of Connection’ presented by Leeds Metropolitan University’s Dr Emma Wood and Michelle Lanham and based on MPI research identified the need for meetings professionals to “use online communications more effectively to understand their audience and extend contact with participants post meeting”.

“Typically social media is used pre-event and spikes at events, but post-event the conversation with delegates drops off a cliff,” continued Lanham.

“Event organisers need to develop a strategy for keeping the conversation with delegates going year-round.”