Islamist fighters with probable ties with al-Qaida have attacked the centuries-old mausoleums of Sidi Mahmoud, Sidi, Moctar and Alpha Moya. The destroyed tombs are classified as UNESCO World Heritage site in Mali’s historic city of Timbuktu. 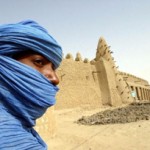 According to the locals, the Islamists began to attack the saints’ tombs with shovels on Saturday. They came armed and surrounded the sites with trucks. The locals were also told by the attackers that they were responding to UNESCO’s request on Thursday that the sites be put on “in danger” list of the organization.

Many countries are condemning this barbaric act of fury and requesting everyone to act responsibility.

Further report on this is awaited.In addition to three historic mosques, Timbuktu is home to 16 cemeteries and mausoleums, according to the UNESCO website.