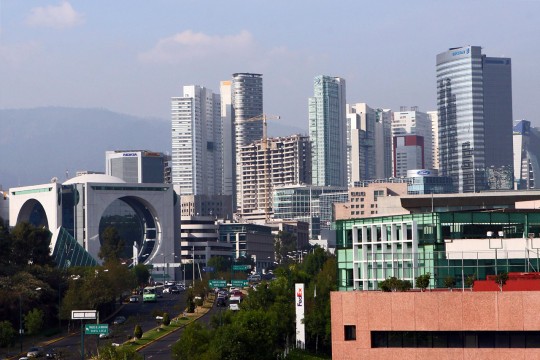 Mexico City is the capital of Mexico and is one of the must visit destinations in North America. A visit to this city automatically means exotic fun time, delectable food, dance, music, sun and sand and an even exciting night life. Mexico City – a year-round destination, is also one of the most important political, cultural, educational and financial centres in North America.

Settling on an altitude of more than 2,000 metres, the greater Mexico City metropolitan area is the largest city in North America. The Spanish conquerors reinvent the Latino city which was first discovered by the Aztecs. Hence, the mixture of these two cultures is distinctly visible in the city’s every landmark and museums.

The city is also a global hub for business tourism. Mexico City has been steadily progressing in becoming a well-equipped MICE Destination as well.

Located in the Zocalo next to the Catedral Metropolitana, Temple Mayor or Templo Mayor is an archaeological site of the city. The remains of this ancient temple were found in 1978.The ancient Aztec dynasty has a deep rooted historic significance on Mexico City.

The very foundation of this city is on the ruins of the ancient Aztec capital, Tenochtitlan. Some former-Aztec palaces have now been converted into museums. The National Palace or Palacio Nacional is one such tourist attraction. The Palace is located on Mexico City’s main square El Zócal. The colourful murals adorning the stairwell also depict Mexico’s history. Every year on September 15, which the Independence Day of the country, the President rings a bell from the central balcony of the National Palace at midnight to cheer for the occasion. 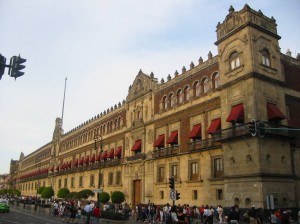 The Temple of the Aztecs has beenconverted to the Metropolitan Cathedral. Apart from being a tourist destination, it also has religious significance. This is a UNESCO World Heritage Site. It is the seat of the Roman Catholic Archdiocese of Mexico. The cathedral now is dedicated to the Assumption of Mary and it was built around the old church between the years 1573 to 1813.

The Angel de la Independencia also known as the el Angel is situated on a roundabout over Paseo de la Reforma. It is in downtown Mexico City. It is a famous landmark and a popular place for gathering and celebrations. 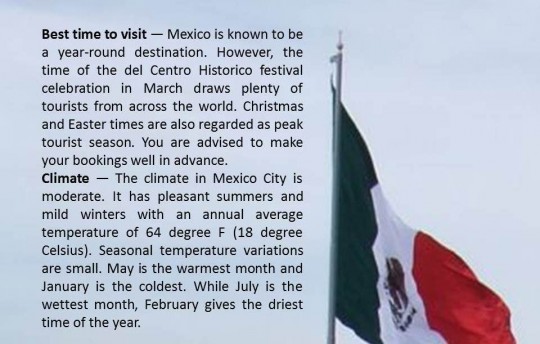 Zocalo square or the Plaza de la Constitution is located in the Centro Historico district and is mostly used for rallies, protests, ceremonies, celebrations and other events. Hence, it is a crowded place. It has the Federal Treasury and National archives towards its east. 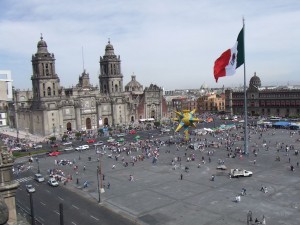 There are other tourist attraction you may consider visiting including the Plaza de las Tres Culturas, Alameda Central, Arena Mexico, La Feria de Chapultepec, Basilica de Nuestra Senora de Guadalupe and more. If parks are the sort of things you dig, then you may also like to visit the Almaeda Park – the oldest park in the city and the Chapultepec Park which covers an area of 2000 acres.

While in Mexico City, you may also indulge in some retail therapy by visiting the Santa Fe and Polanco for some fashion shopping. But, if arts and crafts or souvenirs are what you are seeking, the Coyoacan and San Angel would be your best bet.

Mexico City’s night life has a character of its own. There are enormous selections of venues to spend the night having fun, including clubs, bars, restaurants, cafes and so on. You can choose from the ultramodern lounges in Santa Fe to the centuries-old dance halls in Centro. 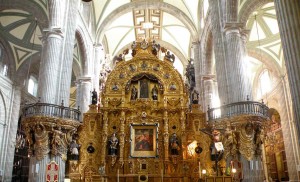 The easiest way to reach Mexico is by air. Many international airlines fly into Mexico City International Airport, one of the busiest airports in Latin America. There are scheduled daily flights to and from North America, Central America, the Caribbean, South America, Europe and Asia.

Mexico used to have a good train service linking all major cities though it has deteriorated in the recent years. Bus services are widely available. More than 24,000 passenger buses arrive every week, bringing passengers from throughout the country.

Mexico City has a strong public transport network, consisting of the metro underground/subway railway system, buses, minibuses and taxis. You are advised to hire cabs from hotels. If you are travelling in Mexico City during December and January, please be aware of the high smog levels and venture outside accordingly.

Mexico City is well-known for its cultural warmth and genuine hospitality. Around 10 per cent of its GDP comes from tourism. Mexican people are friendly and they welcome tourists with open arms and a smiling face. Hotels boast of modern, state-of-the-art facilities and competitive rates. Do not forget to try the sumptuous Mexican cuisine – a sheer pleasure to enjoy.