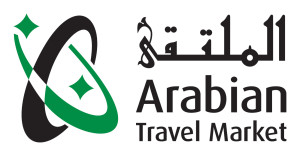 Arabian Travel Market, the leading travel and tourism exhibition in the Middle East, has announced the names of the three global destinations nominated for this year’s New Frontiers Award, the results of which will be revealed at a special roundtable session featuring award recipients from the previous seven ceremonies.

The three destinations shortlisted for 2013 are New York State, the Philippines and Pakistan, each of which suffered from the aftermath of the devastation wreaked by natural catastrophes in the last 12 months.

“This year’s awards coincide with our 20th anniversary celebrations and it is a poignant moment for the industry as a whole, to reflect on the devastation that natural disasters can wreak on human life, habitat and infrastructure, irrespective of their international status,” said Mark Walsh, Portfolio Director, Reed Travel Exhibitions.

Launched in 2005 by Arabian Travel Market, The New Frontiers Award was created to recognise outstanding contributions to tourism development in the face of overwhelming adversity, supporting the chosen destination by donating exhibition space at the event to the value of US$10,000. 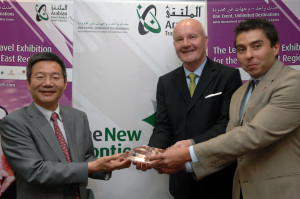 Now in its eighth year, the one-of-a-kind roundtable session will include previous award recipients, including Phuket, Thailand, which was devastated by the 2006 tsunami, and last year’s recipient, Japan.

“Participants will have a chance to share their experiences once again and report on how, in the intervening years, their respective tourism destinations have – quite literally – picked up the pieces and gone on to rebuild and recover,” remarked Walsh.

“However it’s not just a question of physical recovery. Tourism strategies need to be re-evaluated and revised marketing plans put in place to reposition a destination and to create confidence amongst its target markets,” he added.

The New Frontiers Award is a vital element of Arabian Travel Market’s commitment to support the global tourism industry, and provides a platform to drive awareness and assist destinations in the recovery process through participation at the show.

The 2013 nominees have all had to repair, rebuild and recover, with efforts on-going in some destinations.

New York State, USA – Hurricane Sandy. In late October 2012, Hurricane Sandy spread a trail of destruction across the Eastern Seaboard of the US, leaving businesses and homes in New York State – and its tourism heart, Manhattan – without vital resources and inflicting billions of dollars of cumulative damage on the local economy.

Philippines – typhoon. At the end of 2012, Typhoon Bopha caused substantial loss of life and hit the tourism economy hard when it ripped across the country, devastating large tracts of land and communities on the southern island of Mindanao, and sweeping across the popular tourist island of Palawan.

Pakistan – floods. September floods, prompted by heavy monsoon rains, affected over five million people and the economy, with damage extending across the country from Southern Punjab and Northern Sindh to North-Eastern Baluchistan. Over half a million acres of crops were lost as well as livestock, critically affecting food supplies.

For more information on The New Frontiers Award, please go to www.arabiantravelmarket.com