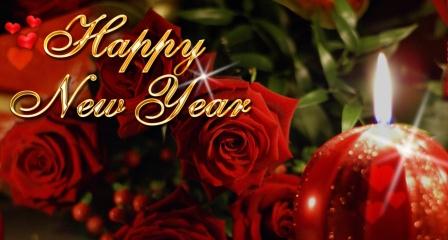 The time to sing Auld Lang Syne is fast approaching. New Year is celebrated with gusto all over the world on December 31. All over the world people party, make New Year’s resolutions, burst fireworks, ring bells and usher in the New Year with great enthusiasm and good cheer. Have you wondered how different countries and cultures celebrate the New Year? While some of the rituals are common throughout the world, some may leave you astonished! This is the perfect time to find out more about the different and interesting New Year Eve Rituals around the World. 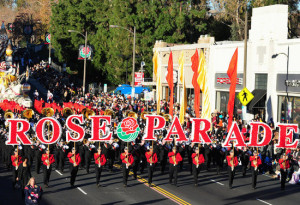 New Year’s Eve in the USA is associated with the iconic tradition of the dropping of the New Year ball in Times Square in New York. A million revellers gather to watch the descent of the 1070 pound, six-foot diameter, dazzling Waterford Crystal ball from atop the One Times Square building. The ball is dropped a minute before twelve and completes its journey at the stroke of twelve, ushering in the New Year. There is an explosion of fireworks, music and confetti to welcome the New Year.

The famous Rose Parade in Pasadena is another popular event associated with the New Year. This is a fantastic display of flower-decked floats, equestrians and lively bands. It is followed by the football game in the Rose Bowl stadium.

New Year is always welcomed boisterously with ebullient shouts, hoots, whistles, horns and firecrackers. This has its roots in the custom of making noise to chase away evil spirits and making a fresh start. Drinking toasts to the New Year, clinking glasses, singing Auld Lang Syne, holding family dinners and making resolutions are all part of the New Year rituals in USA. 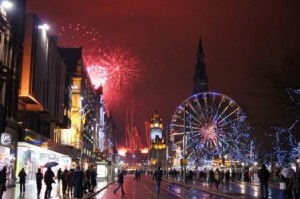 Hogmanay or the Scottish New Year’s Eve is celebrated with great enthusiasm. The most popular custom is that of ‘first footing’. The first person who crosses a friend’s or relative’s threshold on New Year carries symbolic gifts like salt, black bun or whisky for conferring good luck on the householder. It is believed that tall, dark men bring luck and are therefore welcomed as first foots! Walking the streets holding blazing balls of fire is also very common. Edinburgh’s Hogmanay Street Party on New Year’s Eve is the most popular event attracting 100,000 people. 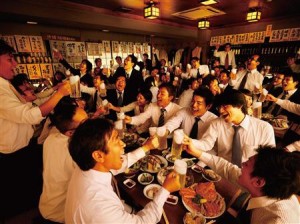 The New Year in Japan is a time of renewal and rebirth. ‘Bonenkai’ (forget the old year) parties are held in December to bid adieu to past problems, old grievances, debts are cleared, New Year cards are sent and there is symbolic cleaning of houses. They also believe that starting the New Year laughing brings good luck. On New Year’s Eve, people flock to temples to receive the blessings of the gods for the coming year and for good luck. At the stroke of midnight, all temple bells are rung 108 times! Children are given otoshidamas (small gifts of money). The traditional Japanese dishes O-sechi ryori and O-zoni are served on New Year’s Day. Everyone wears new clothes and it is a day of holiday and celebration. 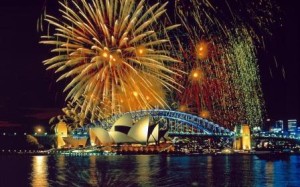 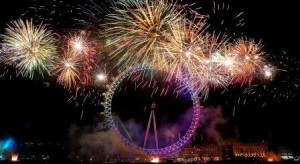 New Year is ushered by raising toasts for good luck and popping the champagne. People send cards to friends and family hug and kiss and sing Auld Lang Syne. Parties, fireworks and parades are all part of the New Year celebrations. London’s South Bank is full of the festive spirit, with pubs and restaurants overflowing with revellers. The most famous event is the countdown chimes of the Big Ben ringing in the New Year. This event is broadcasted live. A spectacular fireworks show follows at the London Eye.

New Year’s Eve or Sylverterabend is the Eve of Saint Sylvester in Austria. In honour of the saint, a spiced punch is made; houses are decorated and champagne is drunk. New Year is welcomed by the deep chimes of the Pummerin (the largest bell in Austria) in the St Stephen’s Cathedral followed by the strains of the Blue Danube. At midnight people kiss one another and feast on suckling pigs which are a symbol of good luck. Future predictions are made by reading the shapes formed by pouring molten lead into water.

New Year’s Day is the Festival of St Basil in Greece. St Basil’s cake is traditionally served. On New Year’s Eve, children sing carols at doorsteps to signify the coming of St Basil to that house with his blessings. An onion is hung outside the front door of the house (a symbol of renewal). At midnight a pomegranate is smashed against the door for good luck. The Vassilopita (St Basil’s cake) is cut in every household on New Year. It is baked with a coin inside; the lucky finder will be blessed with good luck in the coming year. 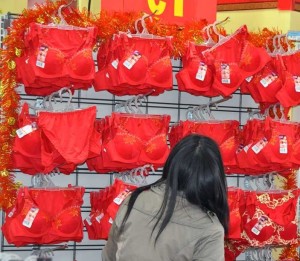 New Year is celebrated by feasting at dinner with family and friends. The traditional dish is the ‘cotechino e lenticchie’ with the ‘zampone’ (pig’s hoof) as an important ingredient. It is eaten for good luck and so are lentils, which are believed to represent abundance. An old tradition (now extinct) would see people throwing old things out of the windows of their houses. Wearing of red underwear is a popular ritual (it is associated with love and fertility). There are fireworks displays at night and people often eat lentil stew, one spoonful of stew for every countdown chime.

New Year’s Eve is celebrated with family and friends with feasting and drinking. Oliebollen (oil dumplings) and appelbeignets (apple slice fritters) are traditionally served. Gluhwein or champagne is drunk at the stroke of twelve. People burn bonfires on streets, parties are organised, there are New Year dives in the North Sea (no mean feat considering the biting cold, no wonder it is televised) and dazzling fireworks displays.

New Year’s Eve is party time in Germany. A popular custom is Bleigießen where friends and family gather together to hear predictions. Molten lead is dropped into cold water and based on the resulting shapes, the future is foretold. The forecast is taken in the spirit of fun, not seriously. Touching a chimneysweep and getting him to smear ash on your forehead is considered good luck. Berliner (jam doughnuts) and tiny marzipan pigs are all eaten for good luck. People also traditionally make Speckdicken and also visit their neighbours to eat this dish. New Year toasts are raised with Sekt or champagne. The largest event is the huge midnight party and fireworks at Brandenburg Gate which attracts over a million visitors. 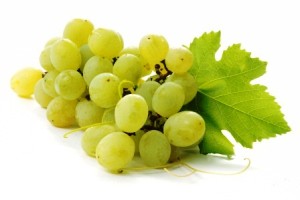 The Spanish eat twelve grapes at midnight, one grape for each chime of the clock. Symbolic of the twelve months of the year, it is said to bring good luck. People gather in town squares eating grapes together, drinking cava and waiting to welcome the New Year. There are also family dinners and parties; people greet one another and toast the New Year with sparkling wines like cava or champagne, or with cider. Wearing red underwear on New Year’s Eve is said to bring good luck and it is a popular custom. The New Year breakfast is traditionally hot chocolate and fried pastry.

The most famous ritual connected with New Year’s Eve is the fantastic fireworks display held at the Copacabana Beach in Rio de Janeiro. People attending the event come dressed in white and bring small gifts which they throw in the water as a ritual offering to the sea goddess. Around two million visitors from all over the world come to witness the fireworks and take part in the celebrations which follow. Champagne literally flows like water and you are likely to be drenched. Eating grapes and lentils are considered good luck rituals. 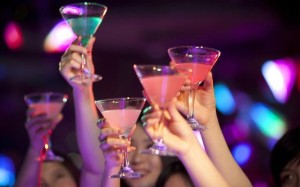 There are many more wonderful and quaint customs that are followed on New Year’s Eve which it has not been possible to cover here. In conclusion, take a look at some of the most interesting and strange New Year’s Eve rituals that have been left out so far:

Denmark: Dishes and crockery are broken against neighbours’ doors; the bigger the debris, the greater the luck.

Ecuador: Scarecrows made of wood and newspaper bits are burnt to destroy the past and bring in the new.

Chile: New Year is rung in with the dead. People head to the cemetery and start the year at the graves of their departed ones.

We are sure you have caught the New Year spirit already! So start making your plans for the coming year and whatever you do, have a great time and a great New Year ahead!