Paris – The City of Light 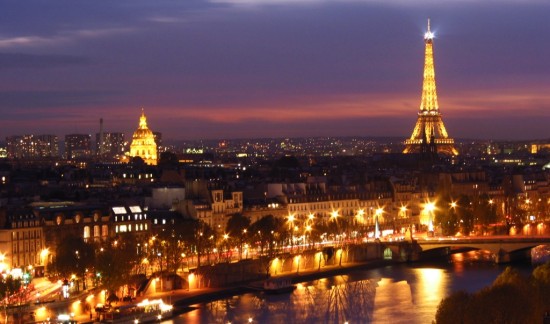 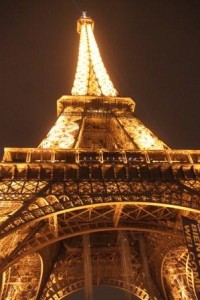 Connoisseurs from different parts of the world recognise Paris not only as the city of art and culture, but also for its vastness and depth in both the fields. But that is not the only reason that lures over 42 million tourists every year to this city. That may be one of the reasons, but to see only that and not the 3800 historical monuments including the four UNESCO World Heritage Sites will make you miss a lot of this magnificent European city.

Paris ranks top among the most visited cities in the world. Located beside the beautiful river Seine, the city has a major role as a centre for world education, politics, science, culture, art, entertainment, fashion, media and more.

The Legend of Paris

The name Paris comes from the name of the city’s earlier inhabitants, the Gaulish group of people, called Parisii. The city’s earlier name during the times of the Gauls was Lutetia Parisiorum or “Lutetia of the Parisii”. Under the Roman rule, Julian the Apostate renamed Lutetia as Paris, the name which the city carries even to this date. The city is also famous by the name “La Ville-Lumiere” or, the City of Light for its contribution towards the educational fronts during the Age of Enlightenment of the European society.

Paris and the earlier Paris regions have proofs of human civilizations from the 4200 BC. While the Gauls took over Paris around 250 BC, the Romans claimed the city in the year 52 BC. The parts of many such Gallo Roman ruins are showcased in many of the museums of Paris. One example of such museums added in the tour of Paris is the Musee de Cluny.

The city of Paris and its surrounding Paris region is spread over the two islands – ‘lle Saint-Louis’ and ‘lle de la Cite’ around the North bending arc of the river Seine. The city’s artistic culture and educational atmosphere along with the enjoyable climate around the year makes it a must visit destination in Europe. 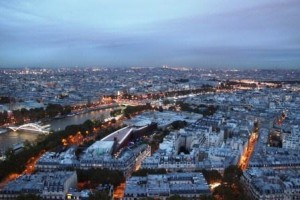 The city has a varied landscape with Montmartre (130 m) being the highest of its own hills. The forest parklands of Bois de Boulogne and Bois de Vincennes are the main greeneries of Paris situated in its outskirts. The city’s inner circles are also filled with natural beauties with parks and gardens outlining every major building.

The Tuileries Garden is the oldest garden created in the 16th century. Other famous gardens include the Luxembourg Garden, Montsouris, Parc Monceau etc. Latest additions to these parks are the Parc de la Villette, Parc Andre Citroen etc. The most mentionable greenery views during the tour of Paris is while taking a walk along the old Petite Ceinture railway lines, where trees of different kinds have been planted along the remains of the circular railway tracks.

The 20 arrondissements (districts) of Paris are mainly famous for its artistic monuments.

The most famous monument of France and probably one of the most visited monuments in the world, the 320 metres tall Eiffel Tower is the combination of an artist’s imagination and sheer engineering brilliance. Named after Gustave Eiffel – the architect of the famous landmark, the Eiffel Tower was visited by 7.1 million tourists in the year 2011 alone. The Eiffel Tower has three tiers. Living up to the city’s pet name – “The City of Light”, the Tower is lightened and coloured in different occasions. The most memorable firework display took place on the New Year Eve celebration of the millennium in the year 2000. 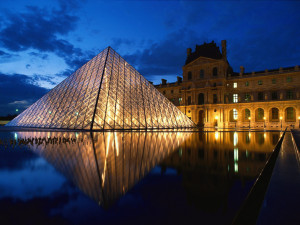 Located in the 1st arrondissement, undoubtedly the most visited art museum in the world and the main tourist attraction in Paris after the Eiffel Tower. Inaugurated in the year 1793, the museum now attracts about 8 million visitors every year. Built originally as the Louvre Palace by Philip II in the 12th century, Louvre museum art collections include some interesting art forms belonging to the Egyptian antiquities, works of Leonardo da-Vinci including The Monalisa and works of Raphael, Michael Angelo, Stained glass paintings from the Renaissance period and many more.

Cathedral Notre Dame de Paris – House of the Arch Bishop of Paris is one of the finest examples of the mixture of French and Gothic architecture. It is located in the 4th arrondissement in Ile de la Cite. Other than this, the main ecclesiastical properties worth visiting in Paris are the Sainte-Chapelle and Eglise de la Madeleine.

Pantheon Church – Many noteworthy personalities in the French history were buried at this place.

Conciergerie Prison – Prominent figures in the regimen of the French Revolution were held prisoners here before their deaths.

Statues of Liberty – The original two Statues of Liberty are situated in the island ‘lle aux Cygnes’ on the Seine river and in the Luxemborg Garden respectively. The larger copy of these statues stand near the harbour of New York City.

Palais Garnier – The Palace was built during the reign of the Second Empire and now hosts the Paris Opera Ballet and also the Paris Opera, which are the centres for cultural entertainment in Paris. 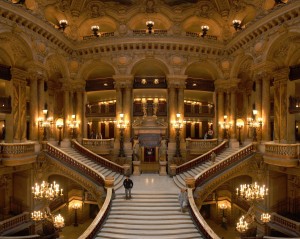 Paris is well connected with the rest of the world by its well spread airways network. High and low-cost international flights operate 24/7 in the city’s three international airports. From the airports, there are different mediums to reach the main city.

• Located 25 km northeast to the main city is Charles de Gaulle International Airport. Depending on your arrival terminal, you will be directed to your appropriate RER (Réseau Express Régional a.k.a. Regional Express Network) station by the “Paris by Train” signs. Paris Airport shuttles are also available. The A1 motorway also connects the city to the airport.

• Located to the south of the city, shuttles from the Orly airport leave at 5 minutes’ intervals for the Antony station in the line B of RER. Main locations of Paris like the Cite Universitaire, Port Royal, Luxembourg Garden, Chatelet Les-Halles, Gare du Nord stations can be reached from here. Taxis are also available.

• Beauvais is a one hour drive from Paris. Made especially for low-cost airlines; buses are available from the Paris Beauvais Airport to the Port Malliot RER station. By car, one can use the A16 motorway. Trains to the Gare du Nord station are available at regular intervals.

If you want to call yourself a traveller, you cannot do so unless you have visited Paris. This is a “must-visit” destination for everyone who wants to see the world up close. Paris is an example of people’s perseverance and endurance. A city that is aptly called the “La Ville-Lumiere” — a name it owes first to its fame as a centre of education and ideas during the Age of Enlightenment and later to its early adoption of street lighting.