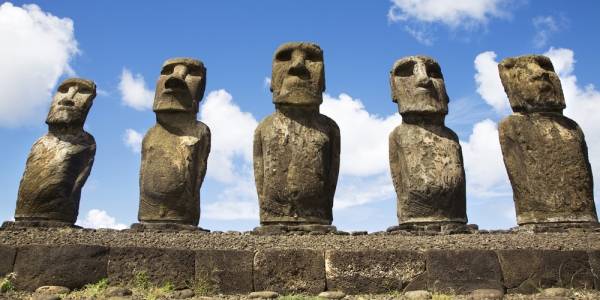 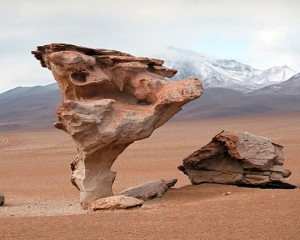 “In the beginning of time, God created the wonders of the world. When he was finished, however, he saw that he had many leftover pieces. He had parts of rivers and valleys, of oceans and lakes, of glaciers and deserts, of mountains and forests, and of meadows and hills. Rather than letting such beauty go to waste, God put them all together and cast them to the most remote corner of earth. This is how Chile was born.” So goes an old Chilean legend and it gives a more perfect idea of this country than any words one can write. The Republic of Chile, a country in South America, has a unique shape. It sits snug between the Andes mountain range in the east and the Pacific Ocean in the west, stretching in a 4300 km by 175 km long, narrow strip. This ribbon shaped with a length of almost 25 times its width, produces startling contrasts of climate and geography. The country is home to the world’s driest Atacama Desert in its north as well as to the icecaps and glaciers in the south. Throw in some rich vineyards, lakes and beaches in the central regions and the stormy seas of Cape Horn at the southern-most tip and you can see the truth of the old Chilean legend. The famous Juan Fernandez and The Easter Islands are also notable parts of Chile. With so much to see, experience and wonder at, it is small wonder that this land fascinates and draws travellers from all across the world.

Chile being located in the Southern Hemisphere has seasons opposite to those of the Northern Hemisphere. Due to the long finger shape of the country, there are variations in the climate; generally the north is drier and hotter and the south is cooler and wetter. Winter rainfall is more common.

Northern Chile: The northernmost areas such as the Atacama Desert are dry and arid. Some areas have not received rainfall in years here. There is not much change in the seasons during the year and the days are hot and nights cold as is typical of desert conditions.

Southern Chile: The southernmost part of Chile receives a lot of winter rainfall. Due to the high humidity this region has lush green vegetation. 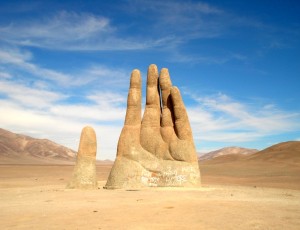 Some of the top attractions to watch out for while in Chile are:

Atacama Desert: The highest and driest desert in the world, the Atacama Desert has spectacular, rugged landscape. Some of the highlights of this desert are the moon valley where NASA tested their lunar vehicles on account of the landscape resembling the lunar surface. At twilights and on full moon nights the harsh landscape has a majestic, breath taking beauty worth experiencing. Also worth seeing are the Salt Lake, Tatio Geysers, Mars Valley and Altiplanic lagoons. The night sky is among the clearest in the world and there is no better place to watch the stars.

Easter Islands: Known as ‘Rapa Nui’ by the locals, these islands are a top tourist attractions on account of the huge Moai statues (over 20 m high) dotting the landscape. They are hundreds in number and loom mysteriously, sometimes standing in a row, sometimes lying on the ground or even broken by violence. The reason why these imposing figures were built and how they were built still remains largely a mystery. Rano Raraku the most famous site for viewing these statues and the village of Orongo with its location between a volcano and a sheer cliff drop and its 150 carvings of ‘bird-men’ are notable tourist spots here.

Patagonia (Torres Del Paine): This area is famous for the Torres del Paine National Park rightly considered as the world’s most beautiful national park. It is famous for its snow-capped mountains, glaciers, lakes and a diverse flora and fauna including the Andean condor and the puma. Passing through the famous maritime city of Punta Arenas, at the Straits of Magellan in the extreme south, one can visit Cape Horn or the end of the world. Going round the Cape and through the southern fiords is an unforgettable experience. The Lake District in Patagonia is also a tourist attraction with its vast lakes reflecting snow-capped volcanoes, the neat towns and villages reflecting a German influence and with its myriad outdoor activities like fishing, mountaineering, hiking, rafting and cycling. Also worth a visit are the Chiloe islands with its lovely beaches and rain forests. 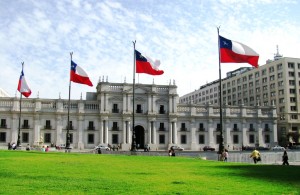 Santiago Chile: The capital of the Republic of Chile and a booming commercial centre, Santiago is the heart of Chile. The Andes form an impressive backdrop to this bustling modern city, which offers numerous activities and attractions for the tourist. It has many interesting museums, monuments and other interesting places to visit including the Bellavista, La Vega market and the Santa Lucia hill. Within an hour from Santiago one can find hot springs and activities like skiing and hiking. Santiago is the central point; 60 km away are ski centres, an hour’s drive to the north-west are beautiful beaches and the famous vineyards region lies just to the south. It also has great shopping and eating spots and if one wants to visit the world’s largest pool, it is also a two hour drive away, in Algarrobo at the Alfonso Del Mar Resort.

Valparaiso: One of the most unusual cities of Chile, this port city built on 27 different hills seems straight out of a story book with its colourful wooden houses and winding cobbled streets. The hilltop areas are reached by funicular railways and stairway footpaths. It has been declared a UNESCO World Heritage Site. The view from almost every house is stunning. Famous for its graffiti and streets lined with art work, things worth checking out are the Pablo Neruda museum and the famous flower clock in Vine Del Mar.

Valle Nevado: It is South America’s most popular ski resort due to its large surfaces available for skiing and best quality snow. One can get dropped off from a helicopter from the highest skiable mountain and ski all the way down. Snowboarding is also popular here.

Casablanca Valley: This is the most popular spot for wine lovers. Rows of vineyards producing the famous Chilean wine are found here. One can take tours of the vineyards, wineries and also indulge in wine tasting.

Villarrica Volcano: It is a lovely snow covered volcano and it is active. One can take the guided tours to the craters at the times when volcanic activity is not taking place. One can also ski on the Northern slopes or take a helicopter ride over the volcano.

Central and Southern Chile: August is the best time to visit central and south Chile. However the southernmost part should be avoided from June to September when temperatures are freezing and almost inaccessible. November to March is a better time to explore this region. Springtime is ideal for visiting the Lake Districts and Torres del Paine.

Atacama Desert: November to February is the ideal time to visit when it is not too hot or cold.

Easter Islands: March and April is the best time as the weather is cooler and crowds are less.

Peak seasons: December to March are the peak tourist seasons in Chile due to the pleasant weather. Tourist spots are very crowded and accommodation prices also go up during this time.

The Chileans have a blend of both South American and European influences in their ancestry. The natives included the Mapuche tribes of the south and the Indians of the north. Invading Spaniards settled down and married Indians resulting in mestizos or mixed blood, which make up about 44 per cent of the population. A large wave of European immigrants also settled down in Chile blending their cultures with the Chilean culture. Thus we see that the Chilean culture is a harmonious blend of various influences. Family ties are very important for Chileans and mostly they live with their family until the time of marriage. Art and Literature hold an important place and Chile has produced two Nobel Prize winners in literature, poets Gabriela Mistral and Pablo Neruda. Chilean music is a blend of both traditional and modern music. Dances and festivals are also an integral part of the Chilean culture.

The summer months of January and February are celebration time, with concerts, fireworks and feasting. From September 18 there is a week-long festivity to celebrate the country’s independence from Spain. 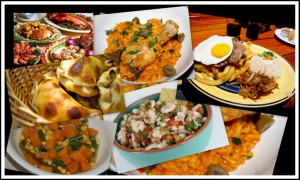 Chilean cuisine is a combination of Spanish and indigenous flavours. Later the European immigrant added their own culinary influences. A wonderful variety of seafood and excellent wines also form an important part of the Chilean cuisine. Some of the dishes one should try when in Chile are:

Empanadas: They are Chile’s national food. Basically a half moon shaped pastry they could be filled with anything from fruits to meats to cheeses.

Bistec a lo Pobre: This is another very popular dish of steak served with fried onions and eggs.

Porotos Granados: A bean-based dish is made hot with pumpkin squash and corn.

Ceviche: A delicious lime flavoured seafood mix that can be made of anything from just fish to a full seafood mix of shrimp, oysters, and clams.

There are many direct airlines from Europe, North America, U.K. and Australia to Chile. Santiago is the main gateway airport for Chile and the main airport is the Arturo Merino Benitez International Airport. For cheap flights best times are fall and spring, which are off peak seasons.

For land travel from Peru, Bolivia or Argentina to Chile one can choose any of the border crossings. However, it is advisable to check with your local embassy regarding the road conditions and safety in the area of travel.

If one wants to travel to Republic of Chile by water there are ships and cruise lines from the US, Central and South America to Chile’s main port Empremar in Valparaiso.

By Air: If one is short on time and has many destinations to cover, then travelling by air is the best option. LAN Airlines in the US and Sky Airline are two major carriers. LAN’s South America Air Pass offers custom-book-one-way flights within Chile which are cheaper than usual fares.

By Bus: Buses are a popular mode of travel in Chile and buses are clean and efficient. However this option is more suitable for travelling shorter distances. Main bus companies include Pullman and Cruz Del Sur. The higher end Salon Cama has seats which expand to beds and are perfect for travelling to the Lake District as one can sleep overnight and arrive in the morning. An ejecutivo or semi-cama is somewhat like business class with good legroom and far reclining seats. Bus fares are reasonable and booking in advance is recommended.

By Car: If one wants the freedom of adventuring alone or for driving around in the Lake District one can hire a car. There are several car rental agencies to choose from. One needs to be 25 years and have a driver’s license. Be sure to note the emergency road service numbers which the car rental agencies provide before starting.

By Water: Ferry and local cruises are also popular in certain places. For instance the 3 day journey from the Lake District to Patagonia offered by Navimag is wonderful for viewing remote fjordlands. There are also cargo ferries from Puerto Montt (Lake District) to Chiloe. One can take these trips to see the San Rafael or Pio XI glaciers or for wonderful journeys through the remote wilderness of Tierra del Fuego. 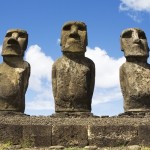 Chile is a land of fantastic natural beauty and unusual attractions. The driest desert in the world, glaciers and snow-capped mountains, lava spouting volcanoes, an island full of mysterious figures, vast stretches of vineyard lands, the list of attractions seems endless. Whether one wants to experience nature at its raw splendid best or the bustle of life in cities, Chile is a one stop destination for the tourist. Chile meaning ‘where the land ends’, could well be the place where the search for the perfect holiday ends.