Sri Lanka – The pearl of the Indian Ocean 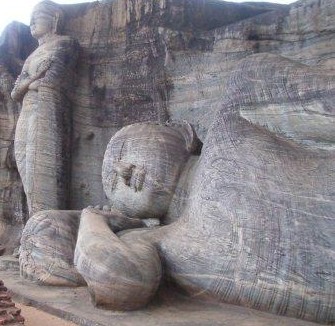 Perched in the Indian Ocean, Sri Lanka is more than just a ‘teardrop’ shaped island. In its calming beaches, serene landscapes and timeless wonders, the amazement is endless. Charted mostly out of the regular travellers’ logbook, Sri Lanka – The pearl of the Indian Ocean, in many aspects is still a virgin territory with endless possibility to explore. Visitors may find themselves spoilt for choices when it comes to fun activities apart from visiting Sri Lanka’s eight UNESCO World Heritage Sites. One of them (Sigiriya) has also been famously named as the “eighth wonder of the world”. The local unrests being over, Sri Lanka now is beckoning to the world not just as an en route itinerary to a dream destination, but is successfully becoming one.

Having a coastline of more than 1500 km, Sri Lanka is the perfect tropical getaway. Sri Lanka’s evergreen forests and green mountains in the central regions are the hub of nature adventures. Hard to imagine, but in spite of being surrounded by oceans, the land has distinct “wet” (south and west) and “dry” (north and east) regions. The scenic landscapes are incomplete without its 103 rivers and over 50 cascading waterfalls. Sri Lanka’s abundant rainfall in the monsoons is the source to its rich biodiversity. Its estuaries and sparkling blue lagoons are some of the greatest natural habitats of marine lives. Waters adjacent to the Sri Lankan coastal lines nurture a rich and diverse marine ecosystem consisting of rare and colourful corals. Its wildlife also makes its presence felt through the calls of the elephants in the night and displays of colourful birds during the day. Jaffna Peninsula in Sri Lanka plays host to the widest collection of acacia fauna.

Sri Lanka’s cultural history dates back to over 2500 years. The majority Sinhalese and the migrated Tamils have co-existed here from the 3rd Century BC and both have contributed equally to the rich cultural heritage of the country. Proofs of their genius in architecture and engineering are still visible in the remains of tombs and ancient ruins in the country. Sri Lanka boasts being the first democratic country in Southern Asia. Ancient Sri Lankan art (Frescos) in the walls of Sigiriya bears evidence to the high intellect of the earlier Sri Lankans. Mentioned in the stories of the ancient Hindu Sanskrit epic Ramayana as ‘Lanka’, Sri Lanka’s knowledge and culture have been debated many times in the scriptures of Hindu Mythology. The 12 m tall Avukkana Buddha statue, Temple of the Tooth and other major Buddhist hotspots show the impact of Buddhism in the country. 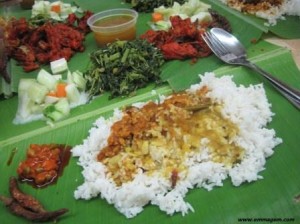 You may find Sri Lanka’s unique flavours, served in their traditional banana leaves, a tad too spicy for experimenting. So remember to sit with a glass of water before sitting to eat. Different kinds of chillies with a dash of coriander, cumin and cardamom are regulars in almost every dish. They might be mistaken for their close cousin, the South Indian food, but it is the distinct smell of coconut milk that makes them unique from the others. Rice cakes, spicy curries are daily edibles while teasers like Sambolas and Mallung set your appetites soaring. Due to its old relations with the Dutch and Portuguese, cultures of both cuisines have descended over generations. Lamprais, Bolo Fiado and sweets like Gum Billas are a few of the foreign influenced food that still rule the Burgher community in the island. Does the flavour of tea start your day? If so, you will be happy to know that the Ceylon Green Tea and its White variety are listed among the most cherished tea flavours around the globe. 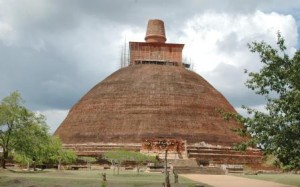 A well maintained city in the modern times, city of Anuradhapura carries its legacy of noteworthy architectures forward from the ancient times. It was the capital of Singhal (earlier Sri Lanka) till the end of the 15th century and bears relics of the glorious past of Sri Lanka. Excavations sites near Anuradhapura whispers history from back to the times of Protohistoric Iron Age and sites like the Ruwanweli Saya Stupa, the 2000 years old Bodhi Tree, the ponds of Abhayavapi and Abhayagiri Dagaba are the must see spots in this UNESCO World Heritage Site.

The city of Polonnaruwa is another of the eight UNESCO World Heritage Sites in Sri Lanka and one of the most important archaeological relics. After Anuradhapura, the capital of Singhal was shifted here and the city has seen many developments since then. Archaeological wonders like the stone-cut statues of Buddha in Gal Bihariya, ruins of the Royal Palace, Lankatilaka Temple and Thuparama decorate parts of the city.

Sigiriya (Lion’s rock) is a town with an ancient large rock fortress and palace ruin in Sri Lanka. It is surrounded by an extensive network of old gardens, reservoirs and other structures. Sigiriya is also renowned for its ancient paintings, which are reminiscent of the Ajanta Caves of India. Sigiriya was used as a rock-shelter mountain monastery from about the 5th century BC with caves prepared and donated by devotees of the Buddhist Sangha. Even in the age of technology, one might sit and marvel at the imaginative planning of this site. Symmetric and asymmetric designs around the Sigiri Rock include even the smallest fountain in the gardens of Sigiriya. Carved out from a volcanic rock itself, the monastery complex inside the Sigiri rock and the man-made Lion Gate and the Mirror Wall are also notable architectural wonders.

Built in the 1st Century BC, the Golden Temple of Dambulla (or otherwise known as the Dambulla Cave Temple), is still the best archaeologically preserved edifice of Sri Lanka. Known for being one of the main shrines of Buddhism straight from the 2nd Century, its five caves have been worshipped and enriched with artworks of many ages. The paintings adorning the walls of the caves and the statues are marvelled by art-lovers and tourists equally.

Located in the foothills of Pinipitigal and Mulawella, Sinharaja Forest Reserve is the only biodiversity reserve in Sri Lanka inaccessible by motorcars. May be that is the reason why all the 20 rainforest species of birds in Sri Lanka find shelter in this dense vegetation. Purple-faced Leaf Monkeys will greet you to the chirps of the Sri Lankan Blue Magpies, while Leopards, Elephants and other big animals mostly stay hidden in the huge evergreen forest.

Visitors to Sri Lanka are presented with quite a lot of choices in activities as well. The activities on offer include canoeing, kayaking, hiking nature trails, rainforest exploration, tribal village tours, whale and dolphin watching, rock-climbing and so on. If active sport is not your thing, you may also go sightseeing or can opt to experience the joys of Ayurveda. Sri Lanka has choicest of Ayurvedic therapies in some state of the art spas with professional therapists. You are advised to contact and reserve your preferences before going. 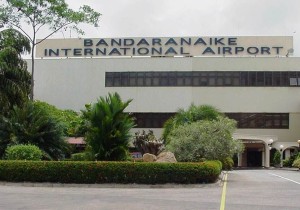 Capital Colombo has the largest international airport (Bandaranaike International Airport, also known as Katunayake International Airport and Colombo International Airport) in Sri Lanka. Global players like Qatar Airways, Jet Airways and Emirates hand in hand with Sri Lanka’s own Sri Lankan Airlines provide world class facilities and services. Cruise ships from America are expensive but the classiest way to reach the country. Smaller voyages can be taken through the Gulf of Mannar as an indirect way to enter Sri Lanka from the adjacent Southern India. Once here, you can avail the many local transportation options to go around and for getting you to your favourite destinations. The three-wheeler ‘Tuk-Tuk’ is found easily. Yet, if safety scores over adventure in your travel book, there are numerous public transportations like buses, trains, rented cars and cabs to get you along. The available government and private cars have multilingual drivers having knowledge of the famous local sites.

Sri Lanka’s variety in natural beauty is as vast as its culture and history. From the earliest inhabitants of Singhal to the modern citizens of Sri Lanka, all have enriched the country in more ways than one. A visit to this ‘off-beat’ destination will truly leave you mesmerized.