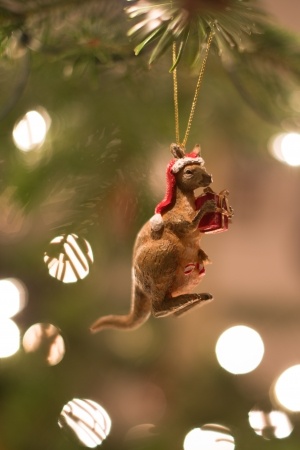 The idea of Christmas in summer seems a little curious. Read on to find out what it is like to celebrate Christmas in Australia. It will not be a white Christmas; there may be no roaring log fires, snowmen or reindeers, but if you thought it would not be fun, you are in for a surprise.

December marks the start of the summer season in Australia and it extends till February. Generally, the weather in December ranges from warm to hot with temperatures around 25-35 degree Celsius. Normally there are blue, clear skies though wet weather is not completely ruled out. In the Top End region, it is monsoon season during this time. It is both and hot and humid there at this time and prone to cyclones too. Central Australia is very hot during this period and in the southern regions conditions can vary from pleasant to hot weather. The hot season is also the time for bush fires in Australia.

December is the month of holidays in Australia with the major events being Christmas and Boxing Day. This is also the month of holidays for workers and school children (summer holidays). It is literally party time in Down Under. Needless to say, hotels and tourist spots get overflown at this time of the year. 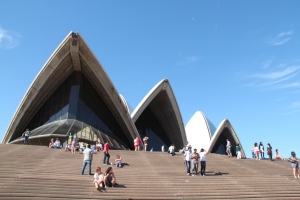 Australia is a potpourri of myriad cultures and ethnicities. People from England, Ireland, America, Europe, China, Japan and many other cultures have settled down here. Christmas celebrations in Australia reflect the influence of the rituals and customs of all these varied nationalities. Earlier, Christmas was celebrated in traditional English style (complete with roast turkey). However celebrations in recent times have veered away towards more practical customs in keeping with the local flavour and of course the weather.

The major trappings of Christmas however are all there. Presents are chosen, children leave stockings for Santa to fill and cards are sent out to friends and relatives. Australia Post issues Christmas postage stamps so cards can be mailed at discounted postage rates. The mood of merriment spills over at in-house parties, visits to friends and family, and social gatherings. There is a midnight service for the church-goers, perfect for capturing the spiritual essence of Christmas. 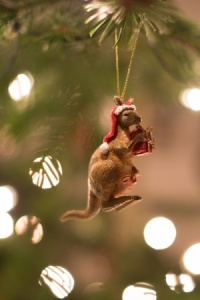 The houses reflect the festive spirit with their cheerful and lovely decorations. Just like in every home around the globe, the Christmas tree occupies a place of honour. During Christmas time in Australia, plants like Christmas bells, Christmas bush and Christmas orchid bloom and these are extensively used for Christmas decorations. Apart from the mandatory stars, bells and holly there is another thing, which is an integral part of the Christmas tree decoration. You guessed it, a kangaroo!  Hanging small wooden kangaroos and even koalas are all part of the Christmas tree decorations. Outside, twinkling, fairy lights illuminating houses, shops and buildings lend enchantment to the whole scene. People have a passion for decorating their houses with lights as attractively as possible and many of them even raise funds for charity through light decoration events and contests. One of the fun activities of Christmas includes scouting the neighbourhood and enjoying the displays of lights.

Greeting cards still depict snow, reindeer sleighs and Santa Claus but the traditional dinners have been replaced to a large extent with feasts suitably adapted to the weather. So what is popular? Picnics on the beaches are, as are barbeques in the backyard, cold meat, salads and seafood. Cold turkey with cranberry sauce, ham with apple sauce, cold chicken, Christmas dampers, Pavlovas (a meringue based dessert named after the famous ballerina) and ice-cream pudding are all popular dishes that feature on the Christmas menu. This is not to say that the traditional roast turkey, mince pies, custard and the flaming plum pudding (with the small favour baked which confers good luck upon the lucky finder!) have been completely done away with. There are many who favour the traditional fare too. All the Christmas goodies are washed down with the great tasting Australian wines and chilled beers.

Christmas in Australia, as it falls in summer, is marked by a plethora of outdoor activities. People love to spend their time outdoors swimming, camping, playing cricket, enjoying barbecues in their backyards or heading towards the beach. Nothing beats the taste of a cold Christmas repast sitting by the cool waves in the sweltering Australian heat. Bondi Beach reportedly gets 40,000 visitors on Christmas Day. Do not be surprised to see Santa arriving on the beach in shorts or even on a surfboard. 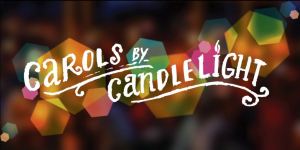 One of the most popular Christmas traditions in Australia is the Carols by Candlelight, started in 1937 by Norman Banks, a radio announcer. The story goes that Norman, while walking home from work at night, saw an old lady alone in her house, singing carols along with the radio with her face glowing in the light of a candle. It gave birth to the idea of gathering groups to sing together in candlelight. The idea was a huge hit, and since then people have been gathering in their towns and cities, lighting candles and singing carols together on Christmas Eve. Sitting under the star spangled sky, in parks and other outdoor spaces, people gather, often with food and drinks, and sing all their favourite Christmas carols together. Some popular and typical Australian carols include The Three Drovers and Six White Boomers. Today, the largest of such events, Carols by Candlelight (telecast live), is held in the Myer Music Bowl in Melbourne every year.

Another Australian tradition which must be mentioned is ‘Christmas in July’. This is a fun excuse to celebrated Christmas all over again, this time in the ‘right’ season – winter. Christmas in July (winter-time in Australia) is the perfect time to enjoy the traditional roast turkey, hot custard, the plum pudding (surrounded by flames) which may not have figured in the summer Christmas menu. Christmas trees, Santa Claus, hung-up stockings and trips to the Australian snowfields are all on the cards during this celebration. It is a time for partying and nightclubs, hotels and restaurants feature special Christmas menus and are packed to the full. The top event on the social calendar at this time is the annual Newcastle and Lake Macquarie Christmas in July fundraiser Ball. 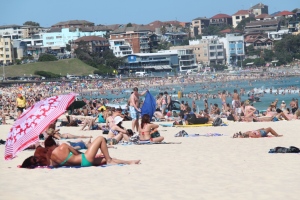 That pretty much sums up the spirit of the Yuletide in Down Under! Have yourself a fair dinkum Christmas!