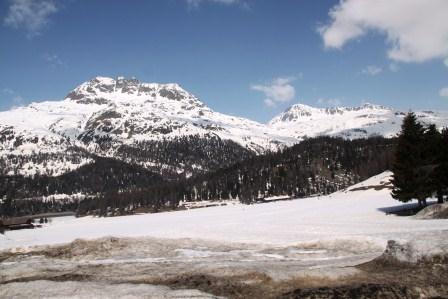 The popularity of Switzerland is unbeatable. Even a person who has not stepped outside his hometown wants to go to this European dreamland at least once in his lifetime. Such is the legacy of Switzerland – Paradise on Earth. Bound by land in all directions, the country is aptly centred to Europe’s other best travel destinations – France, Germany, Austria, Liechtenstein and Italy.

Switzerland is one of the safest countries in the world. Unlike many other European destinations, Switzerland is not a part of either European Union (EU) or European Economic Area (EEA) and is only recognised by the Schengen Agreement. The country has been long honoured in the international arena for its political neutrality for which it was able to avoid being involved in any of the two World Wars. Switzerland forms a pool of cultures including religions like Christianity, Islam and Judaism. The country has four official languages – Swiss German, French, Italian and Romansh.

In general, the Swiss are peace-loving, helpful and set a great store by punctuality. They are somewhat conservative, and appreciate polite greetings and courteous behaviour.

Basel – Bordered by France and Germany, Basel provides perfect gateways to sightseeing spots like Jura Mountains, Alsace and the Black Forest. German speaking Basel is outlined with the medieval architecture of early 19th century and also been mentioned in travel guides for its historic values. Art Basel, world’s largest art fair and several art museums and theatres are also found here. Basel is also known for its carnivals in February. Rhine’s curves divide the city into two. Greater Basel is celebrated for its artistic inclinations while Little Basel is more famous for its livewire nightlife.

Bellinzona – Montebello Castle is the major attraction here. Built in 1479 and later restored, it is an ideal example of medieval fort architecture. The art museum here is a must see. From Piazza della Collegiata, San Michael’s path leads to the newly renovated Castlegrande. Along with Sasso Corbaro, this is one of the three famous castles which are also UNESCO World Heritage Sites. Watching the sunset by the River Ticino and enjoying beers and lively music at the beach bar Lido di Arbedo are other popular pursuits. 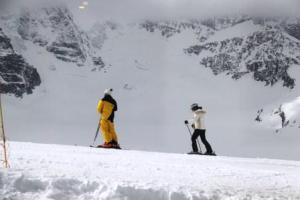 Bern – Located beside the beautiful river Aara, Bern was originally part of the Roman Empire. Its historical importance is reflected in the numerous museums and art houses here. The Swiss capital centre also features in the UNESCO World Heritage Site list. The calm Aara riverside is good for lovely sunsets and for cool baths during hot summer days. The Bear Park, Gurten hill, Federal Palace and the uncanny 10 EUR Space Invader tour also adds to the attractions of the city.

Geneva – The conference city! The second most populous city in Switzerland, though only one sixth are permanent residents. The lovely lakefront is the focal attraction here. The Jet d’ Eau fountain, the Promenades, cafes, shops, water skiing and a host of attractions are centred around the lake. Not to be missed is a visit to the European HQ of the UN. Rousseau Island, Saint Peter’s Cathedral, The Old Town and Reformation Wall are other popular tourist attractions. 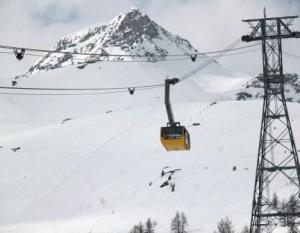 Zurich – Zurich, Switzerland’s largest city, houses the landmark churches of Grossmünster, Fraumünster and Wasserkirche. The charming square of Lindenhof is a meeting point for chess players as well as tourists who come here to enjoy the lovely views. The Landmuseum, Lake Zurich, Uetliberg and the Old Town are other not-to-be-missed destinations. National culinary pastime ‘Fondue’ is an absolute no-miss too!

Matterhorn, Zermatt – This lovely alpine village is famous for the 4,478-meter high Matterhorn peak. Hiking, gorgeous views, skiing, restaurants and active nightlife all combine to make this a draw for tourists.

St Moritz – This winter ski resort is famous as the haunt of the rich and the famous who flock here for enjoying its sports, mineral baths and spa treatments, fine restaurants and vibrant nightlife.

Rhine Falls –This awe-inspiring body of water, located in Schaffhausen, is Europe’s largest waterfall. The fireworks festival over the falls celebrated on the 1st of August every year must not be missed. 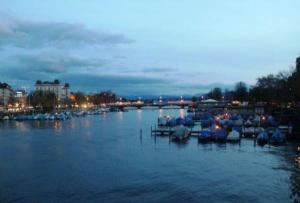 The climate is characterised by a mix of alpine and continental influence. Hot summers with thunderstorms; heavy rainfall, sudden changes in weather and frequent snowfall in winter are the highlights of the climate. Average temperatures range from 18 to 28 degree Celsius in summer and from 2 to 7 degrees Celsius in winter. Altitude, distance from sea and mountain layout are all factors influencing the climate.

Bus/Car: Eurolines operates a huge fleet of buses into and out of Switzerland. Car is another option as there is a good motorway network connecting the country to Europe.

Switzerland has one of the best transport systems in the world with super clean and efficient trains, car hire and lake steamer facilities. Do check out the range of passes available for cutting down on transport costs. Hiking is another great way to get around. 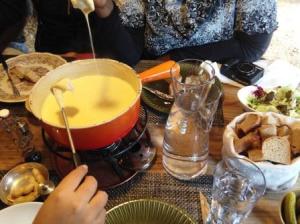 The Swiss cuisine is a blend of German, French and Italian influences. The iconic fondue, a melted cheese preparation, is the national dish of the country. Swiss chocolates are a hit across the world. Equally well known are Swiss cheese of which more than 100 varieties are produced. Popular dishes include Raclette, Älplermagronen, Rosti and Birchermüesli. Swiss confectionary, justly world famous, includes the delicious Gugelhupf and Brunsli.

There are also tourism offices in every city or major tourist destination to help foreigners with queries regarding travel, accommodation, transport etc. Swiss Franc (CHF) is the official currency of Switzerland.

Multi-cultural events add colour to the scenic extravaganza of Switzerland. Festivals and fairs of different seasons and reasons build the Swiss celebration calendar. Summer time is a full day treat with village cow fights, wine and cheese festivals lined up all over the country. Artisans can also participate in Ascona’s International Street Arts Festival. The world’s largest art fair ART Basel is also not to be forgotten. Bringing romance and art into the same frame, the concert fiesta Rose Festival in June and Saas Fee’s Alpine Music Festival in July are flavours that all honeymooners yearn for. Switzerland’s cultural background is as diverse as its geography. So if you were planning a tour to beat the summer heat, WLT suggests a visit to the Alpine Swiss scenery to explore a bit of all the goodness in this Samaritan’s paradise.