The genesis of travelling had more to do with trade, exploration and conquest. Travelling for leisure or holiday came into existence much later, when man had become civilized enough to appreciate the finer aspects of life. Over the years human life became hectic and the stress level shot up and along these factors the need for holidays went up. It is rather rare these days that a travelling plan is done without any professional or external help. Travel and tour agencies have mushroomed to such an extent that it is virtually impossible to bypass them and plan a trip. Similarly social networking sites have become an integral part of the world of travel. Today people travel for various reasons, which make it imperative for information sources to be niche-based. A business traveller will have different priorities than a holiday maker. Hence the requirement for travel oriented social networking sites where one can seek information starting from hotels, flights to shopping and places of interest.

Facebook: Although Lonely Planet’s Thorn Tree was already there as a travel networking site, Facebook almost displaced it after it came into existence in 2004. With a phenomenal billion-plus membership, Facebook took the internet community by storm. It is practically unimaginable to ignore Facebook’s influence on any business segment. The travel industry is no exception. Travellers post their observations, interact with fellow travellers, criticize or praise various aspects of travelling. Moreover, the introduction of Pages for fans has made a huge difference in terms of reaching target audience. Facebook is replete with travel related advertisements which, of course, help travellers of all hues as the site is subscribed by people from all strata of the society.

Twitter: Twitter is nothing if not an interactive website. If one takes out the Tweets then there is hardly anything left in the site. This site has over 500 million registered users as of 2012. It has gained such phenomenal popularity that in 2012 it generated 350 million tweets and over 1.6 billion search queries daily. This extraordinary reach has influenced all kinds of travellers and the travel and tour industry and related infrastructure. The difference between Facebook and Twitter is in the format of the sites and the profile of the subscribers. Twitterati, as the community members are known, post their comments as an information source. The speed with which information is passed on has been the biggest advantage for Twitter. However, this micro blogging site has a disadvantage too as no post can be more than 140 characters which limits the depth of the information. 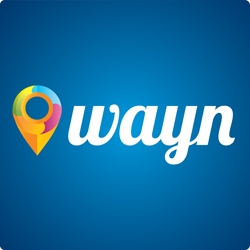 WAYN: The most widely subscribed social networking site is WAYN, which stands for ‘Where Are You Now’. WAYN is in the top 1500 in Alexa Internet traffic ranking and was founded in 2005 after two of its founders came up with the idea to connect people based on their location while having a few beers in their local pub. It grew from 45,000 to 4.1 million members in one year (in 2005-2006) and now has nearly 19 million members. Like some other social networking sites, WAYN enables its users to create a profile and upload photos. Users can search for other users and link them to their profiles as friends. Registered users send and receive messages using email, discussion forums, eCards, SMS, and WAYN instant messages. However, critics have started saying that WAYN is losing its focus. Earlier it was entirely related only to travel but of late, it has started focusing on dating but that has not diminished WAYN’s relevance to the travelling fraternity. 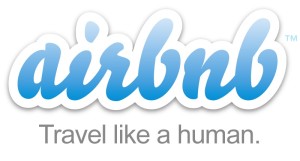 Airbnb.com: Shortly after moving to San Francisco in October of 2007, Brian Chesky and Joe Gebbia created the initial concept for AirBed and Breakfast during the Industrial Design Conference held by Industrial Designers Society of America. The original site offered short-term living quarters, breakfast and a unique business networking opportunity for attendees who were unable to book a hotel in the saturated market. At the time, roommates Chesky and Gebbia could not afford the rent for their loft in San Francisco. They made their living room into a bed and breakfast, accommodating three guests on air mattresses and providing homemade breakfast.

In February 2008, Harvard graduate and technical architect, Nathan Blecharczyk joined as the third co-founder of AirBed and Breakfast. During the company’s initial stages, the founders focused on high-profile events where alternative lodging was scarce. The site, “airbedandbreakfast.com” was officially launched on August 11, 2008.

It is a privately held company headquartered in San Francisco founded in August 2008, operated and privately owned by Airbnb, Inc. The company is an online service that provides a platform for individuals referred to as “hosts”, to rent unoccupied living space and other short-term lodging to guests. As of November 2012, the company had over 250,000 listings in 30,000 cities and 192 countries. Listings include private rooms, entire apartments, castles, boats, manors, tree houses, tipis, igloos, private islands and other properties. Users of the site must register and create a personal online profile before using the site. Every property is associated with a host whose profile includes recommendations by other users, reviews by previous guests, as well as a response rating and private messaging system. As of July 2011, the company has raised $119.8 million in venture funding from Y Combinator, Greylock Partners, Sequoia Capital, Andreessen Horowitz, DST Global Solutions, General Catalyst Partners and an undisclosed amount from A Grade Investments’ partners, Ashton Kutcher and Guy Oseary.

TripAdvisor.com: This is more of a travel website than a social networking site but it assists customers in gathering travel information, posting reviews and opinions of travel-related content and engaging in interactive travel for a somewhat resembling a social networking site. TripAdvisor was an early adopter of user-generated content. The website services are free for users, who provide most of the content, and the website is supported by an advertising business mode. TripAdvisor claims to be the most popular and largest travel community in the world, with more than 32 million members and over 100 million reviews and opinions of hotels, restaurants, attractions and other travel-related businesses. TripAdvisor Media Group operates seventeen travel brands covering almost all dimensions of travel. It operates two websites in China under the names of daodao.com and kuxun.cn.

There are myriad other social networking sites which are used by travel professionals as well as travellers but the above mentioned five are the most popular of date. The most up and coming networking site is Google+ which is growing by leaps and bounds. Though it is a relatively new site but it seems it has caught the fancy of the netizens. One of social networking sites’ greatest strengths is instant access to and communication with various people – anytime, anywhere. And why is that so critical in today’s travel market? Because we’ve entered the age of the next-generation traveller who is always connected. He expects information at all times, and at the tips of his fingers – both before and during his travels. Many hospitality companies, airports, airlines and the likes have also taken to social networking sites and regularly display their packages and unique features on their walls/pages. Social networking sites have reduced the role of agents to a great extent and allow the traveller to make informed choices.