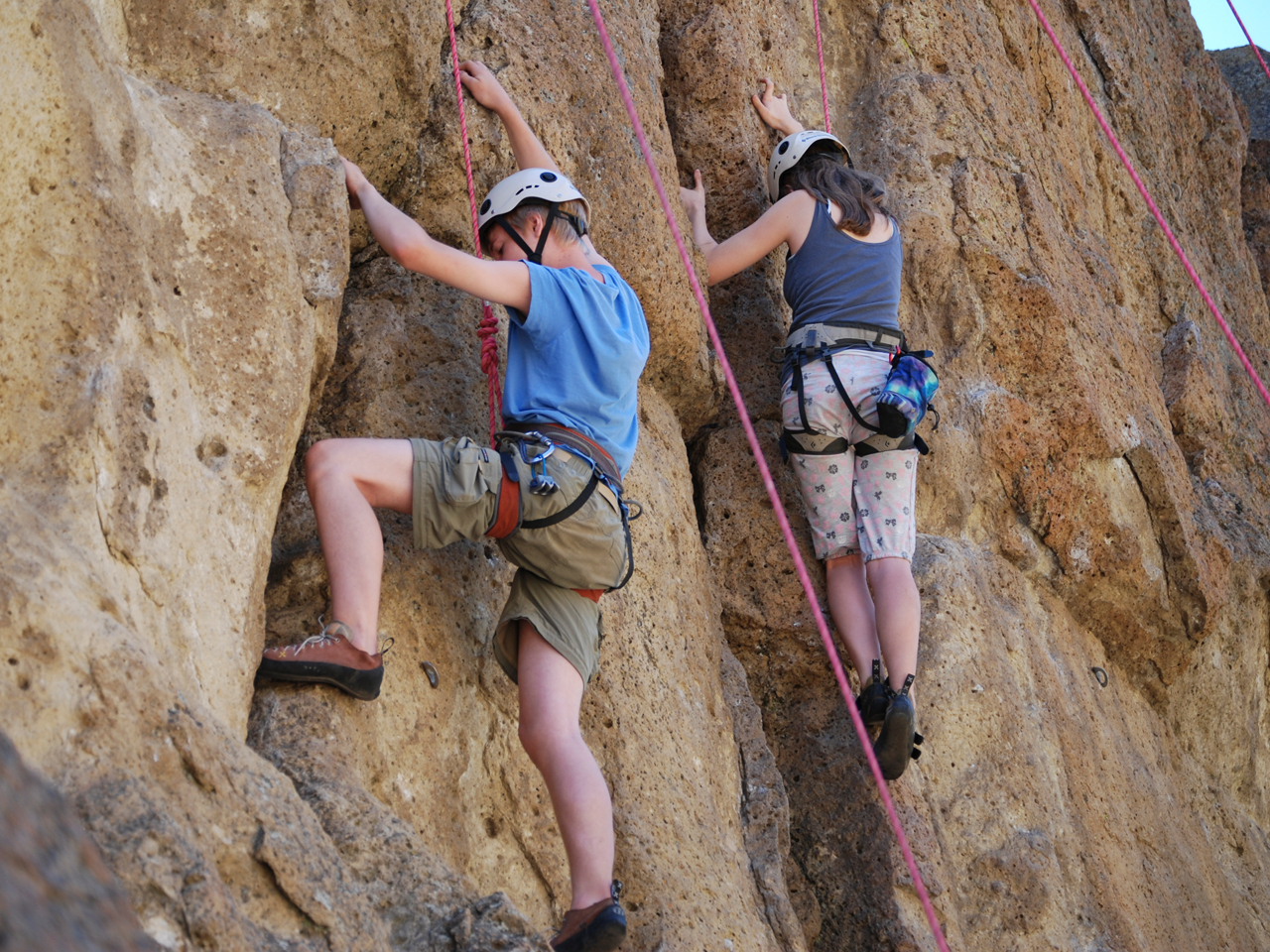 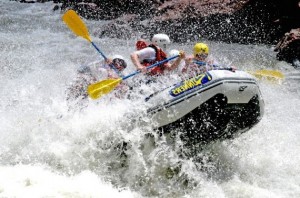 River rafting is considered as one of the most popular recreational activities in adventure tourism. Rafting is divided into 6 levels of difficulty. It is the most adrenaline pumping activity in the mountainous terrains. Any mountain river is potentially suitable for river rafting. However, the Himalayan Rivers, Ladakh, Colorado, Costa Rica, Montenegro are known for their sharp turns and established as excellent regions for river rafting challenges.

These two activities are like the two sides of a coin. When your aspiration is as high as the Mount Everest itself, it is difficult to resist the temptation to climb. 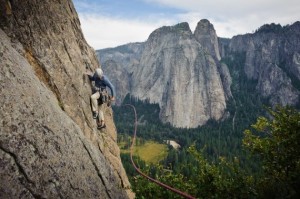 It is true that mountaineering is one of the oldest recreational activities, rock climbing, an integral part of mountaineering has turned a new leaf in the world of outdoor recreation. Learning to climb may be a bit tiresome even with all the newest and most advanced gears, but with your first solo climb; the thrill of free-soloing (rock climbing without support) becomes an addiction. Be it mountainous ridges or cliffs near the ocean – the hunt for fresh climbing sites is as exciting as climbing itself. Undulated surfaces being spread all over the world, rock climbers find possibilities almost everywhere. 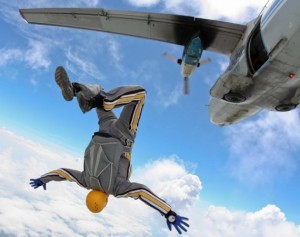 Man, from the beginning of the age of reasoning, justifies its need for wings. Flying now is not only a passion but is a regular sport too. While the drop zone Skydive Arizona in USA is considered the “skydive capital of the world”, other countries are not far behind when it comes to technology or expertise in skydiving. Touch the water with your feet while flying in your parachute in “Pond Swooping”, race in skydiving challenges like “Hit and Rock”, draw the skylines with innovative formations in formation skydiving, or just take a long trip under the parachute canopy with cross-country skydiving – the choice is yours. And don’t forget to film your breath-taking experience at 13,000 feet from the ground.

Paragliding may seem to be the close cousin of skydiving, yet they are miles apart in details. From the point of ascent to the descent, here the parachute (paraglider) calls the shots. The advantage of paragliding over skydiving is the pilot harness where the pilot can sit and enjoy the ride while maneuvering the glider with its advanced gears. The paraglider’s technology encourages many daredevil flying stunts, including the thermal flying where thermal air pockets are used by experienced paragliders to spiral up to the cloud base. Federation Aeronautique Internationale (FAI) holds championships worldwide every year for cross country flying, power gliding etc. Other than USA, Austria (Stubaital), Brazil (Araxa) and Indonesia (Painan) are major hosting nations for Paragliding. 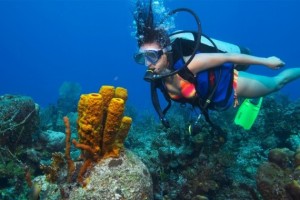 The word “scuba” originally used to be an acronym for “Self-Contained Underwater Breathing Apparatus” during World War II when it was invented for underwater warfare. However, the excitement of the recreational marine life showcasing has overtaken the original grave purposes of Scuba Diving. The peaceful underwater retreat attracts tourists to various coral and marine life destinations every year. Not only the marine life and the formations of the corals, but the mystical shapes and structures conjured on the ocean beds also pull one’s attention. The adventurous packages of cave diving stick to natural caverns, while exploring the insides of old shipwrecks constitutes the other thrilling part – wreck diving. Most coral destinations around the world (like in Great Barrier Reef, Lakshadweep and other Pacific Islands) have varied range of fun activities involving the Scuba equipment. 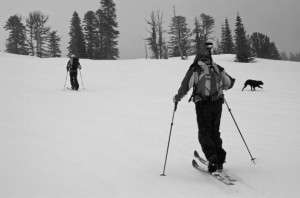 Earlier history suggests that Skiing used to be the hunting medium for the Nordic people. The thrill remains, though only in the form of different athletic challenges of the Nordic and Alpine regions. Snow surfing is one classy way of sightseeing in the mountain territories. To spice up the adventure, ski resorts in many countries have designed special skiing routes to include obstacles and jumping ramps. Ski Jumping and Telemarking are also famous athletic events. Kite skiing and water skiing are two newer derivatives of Alpine skiing. Sledging (or, sledding, in USA) shares its fame for being Santa Clause’s ride during the Christmas and also a fun and less expensive recreational activity alongside Skiing. 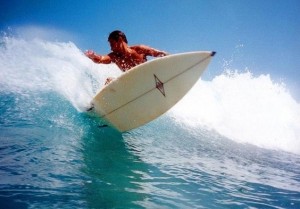 There is no better way to enjoy the waves than to go surfing. Use a surfboard, a canoe (or even a door or a guitar, if you can manage) to have the full splashes of enjoyment. Originally from Polynesian culture and found first in the Tahiti Islands, water surfing has been one of the most cherished surface water sports ever. Depending on the topography of the beach, facing the waves, surfing has different forms around the world. Mostly preferred in areas close to the oceans, surfing has found takers in most pacific islands, Hawaii (Pipeline), Australia (Belle’s Beach), South Africa (Jeffrey’s Bay), Sri Lanka (Pottuvil), Portugal (Supertubos), USA (Mavericks) and in different coastal regions of the world. 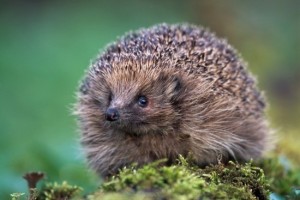 Considering the recent endangering of the wildlife species, one can enhance their regular holiday trip to the forest as a step towards the protection of these animals. Many organisations are encouraging wildlife surveys to be made by the visitors both residential and non-residential. Basic data and samples are collected by them and results are announced depending on the number of participants, days of visit etc. A thorough watch is also kept on licensed and non-licensed hunting and data is recorded. One such survey is conducted by the National Survey of Fishing, Hunting and Wildlife-Associated Recreation in USA. 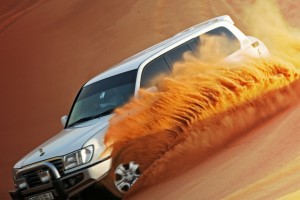 Also known as “Dune Bashing”, desert safari has become one of the prime desert recreation activities around the world, especially in the heart of Middle East. Dubai can be considered the hub of desert activities including desert safari and sand skiing. Exploring the Arabian sand dunes in a hardy Sports Utility Vehicle (SUV) and possibility of performing thrilling stunts are the appetisers for the adventure seekers. In USA, sand dunes near California and Michigan are also popular for such sport. 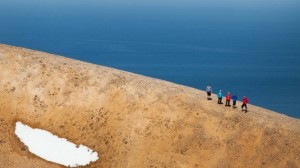 Swaying from the traditional routes of road trips or hiking, coastal trekking (coast to coast walk) is one of the recent popular recreations and slowly gaining popularity among trekkers. The trekking routes constitute of beaches and extended coastal lines. Long trek routes are harmless, yet one must keep track of the tides as extended beaches seem to drown during this time. No fixed coastal trekking routes have been charted due to its relative freshness, but coastal lines in Eastern India, Australia and South Eastern Asia have been well tried.

A recreation differentiates the enjoyable moments from one’s routine life. Charting the most frequently taken paths to this enjoyment may be possible but to take which path finally, is totally for each individual to decide. Starting from a walk down the unknown alley to having a hearty laugh with the family – a recreation can be a retreat only if you follow your heart. Just don’t forget to capture those moments in your camera so that you can relive those moments and feel great during some grey times.