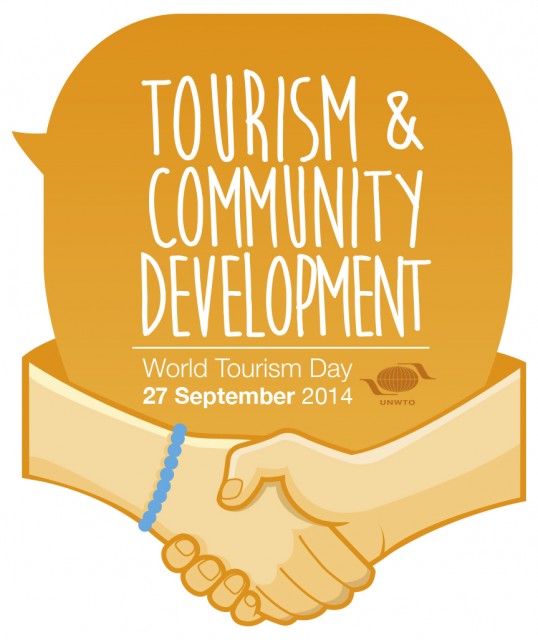 The World Tourism Day is widely celebrated on September 27 every year. Tourism and Community Development is the theme of World Tourism Day 2014, as declared by the United Nations World Tourism Organization (UNWTO). It sheds light on the role of tourism in advancing and propagating community development that in turn leads to the growth of the nation as a whole including its citizens.

UNWTO Secretary General, Taleb Rifai, in his official WTD message expressed, “Each time we travel, use local transport at a destination or buy products from a local market, we are contributing to a long value chain that creates jobs, provides livelihoods, empowers local communities, and ultimately brings in new opportunities for a better future.”

This year’s celebrations will be held in Guadalajara, Mexico which is considered to be the hub of ancient Mexican traditions and culture. The high profile event will be graced by important tourism ministers, international travel connoisseurs and key decision makers from the field of tourism. 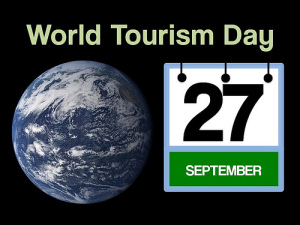 The UNWTO observed September 27 as the World Tourism Day first time in the year 1980. The decision to mark the day was taken by the UNWTO General Assembly during its third session held in Torremolinos, Spain in the year September 1979. The trend has continued since then. Not only did the proceedings herald a new dawn in the tourism sector but have vastly expanded its scope and created greater awareness among the masses. Since the laws of UNWTO were sanctioned on September 27, 1970, it came to be celebrated as the World Tourism Day the following year onwards.

The Purpose of World Tourism Day

The role essayed by UNWTO cannot be undermined when it comes to changing the face of global tourism. The World Tourism Day celebrates an important milestone in the history of UNWTO. The day aims to educate people about the contribution of tourism towards social, cultural and economic development. It raises awareness in the international community regarding the significance of the tourism industry and how it affects social, cultural, political and economic values worldwide. It also focuses on the global challenges outlined in the United Nations Millennium Development Goals (MDGs) and effective ways to meet them. Various events and activities are held to boost tourism, promote its ethical practices and overcome the hurdles in the way. The UNWTO encourages people of all ages and backgrounds to take part in the festivities. 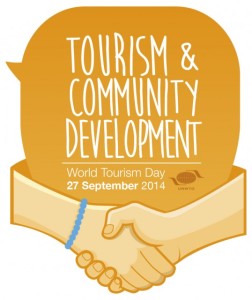 Every year the UNWTO General Assembly selects a particular theme on the recommendation of the UNWTO Executive Council, around which events and celebrations take place. The theme for 2013 was “Tourism and Water: Protecting Our Common Future” since the year was International Year of Water Cooperation.

Tourism and Community Development is the theme this year keeping in mind the global transition towards the sustainable development goals. These goals have been compiled by the United Nations and all tourism boards. Visitors’ bureaus have been encouraged to follow them. UNWTO illustrates the significant role played by tourism in accelerating the growth of sustainable development from the grassroots level. In fact community based tourism invites participation of the locals and involves them in the decision making process. As a result local issues are brought to light and local priorities take centre stage.

The Significance of Community Development

The tourism industry is responsible for 9 per cent of global GDP and gives rise to one in 11 jobs worldwide. It is also an important revenue generator for developing countries and emerging economies from different parts of the world. Therefore its capacity to address global challenges and its influence on the economy of nations increases as does its social responsibility and political relevance.

When the emphasis lies on community development, the benefits of the tourism sector expand to include the local community and contribute immensely to its all-round growth. The community then becomes a part of the tourism value chain, actively participating in all its initiatives and developing as a result of its association. The opening of new doors and potential opportunities act as a catalyst for social change and economic progress by creating new jobs, multiplying the impact of tourism and leading to greater revenue collection.

“Tourism can only prosper if it engages the local population by contributing to social values such as participation, education and enhanced local governance. At the same time, there can be no real tourism development if such development damages in any way the values and the culture of host communities or if the socio-economic benefits generated by the tourism sector do not trickle down to the community level”, said Taleb Rifai.

Guadalajara, Mexico will play host to the official celebrations on 27 September 2014 that revolve around the potential of tourism to sponsor opportunities for communities and the role of community engagement in the development of sustainable tourism. Mexico welcomes the idea of encouraging community tourism and believes it can be a tool to fight poverty, preserve cultural and geographical diversity, improve the socio-economic scenario etc. Guadalajara, the capital of Jalisco, is the second-largest city in the country and was founded in 1542.

The celebrations in Mexico will include a Think Tank of ministers, officials and representatives popularise the community based tourism approach and boost participation. News anchor Gabriela Frías of CNN International which is also the WTD 2014 global media partner, will oversee the whole event. The UNWTO will host a blogger competition for the World Tourism Day. Check out the official UNWTO website, the Facebook and Twitter (hashtag #WTD2014) pages for further information on the upcoming events.

WTD Guidelines for a Responsible Traveller:

The international tourism forecast claims 1.6 billion arrivals by 2020 and the UNWTO has announced a Global Code of Ethics for Tourism in order to minimise the negative effects of tourism on the environment and cultural heritage. It also aims to generate profits for the local citizens and urges tourists to follow the guidelines stated in ‘Tips for travellers’, ‘The Responsible Tourist’ and ‘Sustainable development’.

The World Tourism Day 2014 promotes responsible tourism and community participation. The importance of the day accelerates further as a number of countries allocate greater value to tourism in economic and developmental policy planning. The World Tourism Day this year therefore extends a warm invitation to all the regional communities to join hands and collaborate in their efforts to maximise the reach of global tourism.