In conversation with the President and Founder of World Travel Awards, Mr Graham E. Cooke. 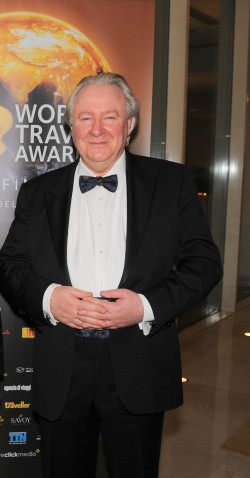 Rightfully nicknamed by The Wall Street Journal as the Oscars of the travel industry, the World Travel Awards (WTA) is one of the most important travel awards in the world of tourism today.

The Grand Tour of WTA gala ceremonies are regarded as milestone events in the tourism industry calendar. These ceremonies are attended by the industry’s key decision makers, organisation heads and the leading trade and consumer media.

In 2012, the WTA Grand Tour staged ceremonies in the Middle East, Africa and the Indian Ocean, the Americas, Asia and Australasia, and Europe.

According to the format of the World Travel Awards, all regional winners compete head to head in a final round of voting to decide who will win in WTA’s world awards. The winners are announced on the night of the WTA Grand Final in December.

The Grand Final is attended by the leading decision-makers from the global travel industry. The Grand Final of 2012 was held in New Delhi, India on December 12, 2012.

The www.worldluxurytourism.com (WLT) was a proud media participant in the Grand Final of the World Travel Awards held in New Delhi, India. In the event, WLT had the opportunity to meet and interact with the President and Founder of World Travel Awards, Mr Graham E. Cooke. Here’s an excerpt of the conversation we had with Mr Cooke.

WLT: What was the inspiration behind finding a successful institution like the World Travel Awards?

Mr. Cooke: I set up World Travel Awards in 1993 with the aim of creating the definitive awards programme for the travel and tourism sector, to identify and reward those brands pushing the boundaries of excellence and implementing ground-breaking ideas.

WLT: What are the defining achievements and/or milestones that led the World Travel Awards to the present day status of being the “Oscars of the Travel Industry”?

Mr. Cooke:  There have been many rewarding memories over the past twenty years. Highlights include our first ever ceremony, which took place at Universal Studios Hollywood in 1994. Seeing 1,400 of the cream of the travel industry gathered in one place to celebrate was not only a huge buzz but also demonstrated the potential of growing WTA.

Other highlights include expanding our programme in 2007 from one annual ceremony to a Grand Tour, featuring regional heats. 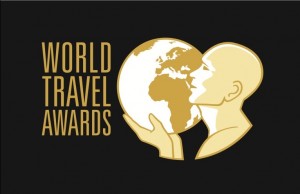 WLT: How was your experience in the World Travel Awards Grand Final held in New Delhi, India?

Mr. Cooke:  It was a phenomenal evening for the World Travel Awards team and our partners at The Oberoi Gurgaon and Incredible India. We have been inundated with positive feedback from everyone that attended to say how much they enjoyed the ceremony.

WLT: What is your view on the future of Indian Tourism scenario?

Mr. Cooke:  We are witnessing a golden era in the evolution of India’s travel and tourism industry, with New Delhi is proving the epicentre for this growth. The improvements in infrastructure and the city’s growing portfolio of luxury hotels, such as The Oberoi, Gurgaon, reflect how travel and tourism is linked inextricably with the economic evolution of this new economic superpower.

WLT: Have you decided on the venue for the year 2013 award ceremonies? What would be the venue of the Grand Final of the World Travel Awards’ 20th anniversary?

Mr. Cooke: The selection of our hosts is fundamental to the success of our awards programme. Like our winners, we select destinations that are driving the industry to new heights through innovation and evolution.

Our 2013 Grand Final will be hosted in Macao in December 2013. Our regional events include Indian Ocean Ceremony in the Maldives in April; Middle East Ceremony in Dubai in May; North America in Las Vegas in June; Europe Ceremony in Antalya, Turkey in August; South and Central America in Peru in September; Africa Ceremony in Nairobi, Kenya in September; Asia and Australasia in Singapore in October.

WLT: What are the special plans for World Travel Awards’ 20th anniversary?

Mr. Cooke: It’s going to be our biggest and busiest year so far with eight regional ceremonies. We are also launching World Ski Awards in November 2013 to acknowledge and reward the world’s best organisations within the ski sector.