On Thursday, June 28, the World Heritage Committee, meeting in St. Petersburg, inscribed a few sites on UNESCO’s List of World Heritage in Danger, whereas, a few got removed from the list due to improvement in its condition.

A highly revered Christian pilgrimage site, as the birthplace of Jesus since the 2nd century, the Church of Nativity and the Pilgrimage Route, Bethlehem (Palestine), was placed on the List of World Heritage in Danger as it is suffering from damages due to water leaks. The property is situated 10 km south of Jerusalem. In 339 A.D. the construction of the church was completed and the edifice that replaced it after a fire in the 6th century retains elaborate floor mosaics from the original edifice. The site also includes Latin, Greek Orthodox, Franciscan and Armenian convents and churches, along with bell towers, terraced gardens and a pilgrimage route. 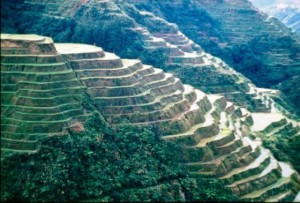 Moreover, the World Heritage Committee accepted the request of the government of Mali to include Timbuktu and the Tomb of Askia on UNESCO’s List of World Heritage in Danger. The decision is aimed at raising cooperation and support for the sites threatened by the armed conflict in the region.

Fortifications on the Caribbean Side of Panama, Portobelo-San Lorenzo too got inscribed on the List of World Heritage in Danger due to its deterioration resulting from environmental factors, lack of maintenance and uncontrollable urban developments. Comprising a group of fortifications, the site is a magnificent example of 17th and 18th century military architecture built on Panama’s Caribbean coast to protect transatlantic trade.

The Liverpool Maritime Mercantile City also got inscribed on the List of World Heritage in Danger due to the proposed construction of Liverpool Waters, a massive redevelopment of the historic docklands north of the city centre.

On the other hand, the World Heritage Committee on Tuesday recognized Pakistan and the Philippines’s effort in improving the conservation of sites that had been inscribed on the List of World Heritage in Danger. Successful measures have been taken to remove the threat to the brilliant palaces, mosques and gardens of Lahore’s — the Fort and Shalamar Gardens in Lahore (Pakistan). Many of the site’s monuments have been restored. Better drainage and planning have also improved the preservation of the site’s external walls and solved problems of dampness.

The Rice Terraces of the Philippine Cordilleras (Philippines) was inscribed on the World Heritage List in 1995 as an outstanding cultural landscape that evolved over two millennia. It was placed on the Danger List in 2001 due to threats to its essential values, which required the development of better management and planning. The Philippines sought danger listing as a way to raise national and international support and cooperation in the preservation of the site.

The World Heritage Committee will remain in session until 6 July.