Athens – The Birthplace of Civilisation 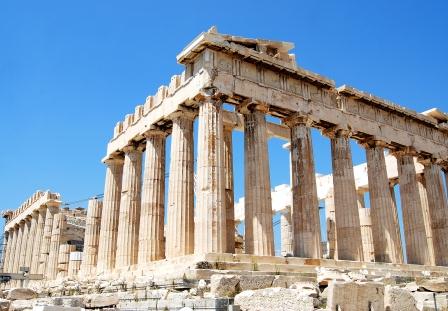 Athens – the capital of Greece reminds all travellers of its antiquity, wealth and of course its shining stars like Socrates, Plato, Aristotle and Alexander the Great. Situated in the region of Attica extending to the peninsula that reaches up to Central Greece, Athens today is one of the most visited tourist destinations of Europe.

Athens is surrounded by mountains like Ymmytos, Pendeli and Parnitha on its north and east with Saronic gulf in the south and west. It is located just a few kilometres from the port of Piraeus, the central commercial port of the capital and the shores of southern Attica.

Legend has it that Athens was named after its patron Goddess Athena. According to the legend, both Athena and the Olympian God Poseidon wanted to be the protector and the patron of the city. They both wanted the city to be named after them and thus showered it with its two most beautiful gifts. Sea God Poseidon hit the Acropolis rock to create a salt water spring symbolizing naval power. Athena, the Goddess of wisdom and knowledge, on the other hand gifted an olive tree to promote peace and harmony. Till date the olive tree branch is a symbol of peace and goodwill. The people, who were pleased to have received olive and their ruler Cecrops, named the city after Athena.

Being the birthplace of philosophy, science, literature, art, drama, this ancient city has also laid the foundations of the ideals of liberty, justice, sovereignty etc. Its history and culture lives through its formidable edifices to enchant its visitors. 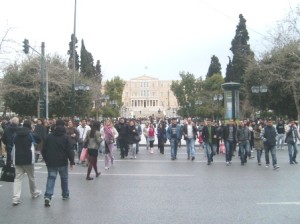 Athens has a wonderful climate throughout the year. The sun is shining over Athens all year round. The climate is one of the bests in Europe. Though winters are pleasant and modestly cold, summers can be very hot.

Syntagma refers to constitution in Greek and the Syntagma Square is like the heart of Athens with the Parliament and most of the Ministries situated here. Monastiraki, Kolonaki and Lycabettus Hill attract thousands of visitors every year. Syntagma is conveniently located at a short distance from the historic centre in Faliro, Glyfada, Voula and Vouliagmeni and classy neighbourhoods of Marousi, Melissia, Vrilissia and Kifisia. You may also visit some of the wonderful museums here like the Benaki Museum, Museum of Cycladic Art and the Byzantine Museum, etc. 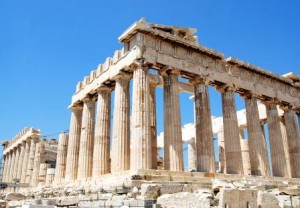 A UNESCO World Heritage Site, Acropolis is derived from two Greek words ‘acro’ meaning edge and ‘polis’ meaning city. It is the ‘sacred rock’ of the city and is one of the most precious sites not only in the country but in the whole world. This distinctive citadel perched on a rock, is the place where it all began. It tells the fascinating tale of ancient Greek culture and showcases the brilliance of Greek architecture. With the establishment of democracy in Athens soon after its victory against the Persians in late fifth century BC, began the age of art, sculpture and modernisation. Pericles appointed a group of exceptionally talented sculptors, who under the supervision of Pheidias, created a number of magnificent monuments on the rocky hill. Some of these prominent structures include – the Parthenon, the Erechtheon, the Propylaea and the small temple of Athena Nike. The Parthenon is the best example of Doric style of architecture, dedicated to Goddess Athena. The views of the entire city and the surrounding temples from the Acropolis hill are truly mesmerising.

Agora –Agora lies below the Acropolis and is a renowned historical site. It was the commercial and civic centre of Athens. Socrates took his own life by drinking poison in a prison in the southwest corner of the Agora. The area is dotted with the remains of many ancient buildings, including the Dionysos Theatre – the world’s oldest theatre where great plays by Aeschylus, Sophocles and Euripides were staged. 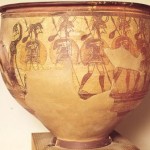 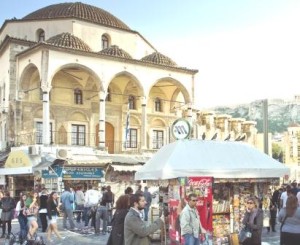 Plaka – Plaka is the old town of Athens which lies below the Acropolis. It is bordered by grand monuments, Byzantine churches and mosques and stately mansions. It is a great place to gather in the evenings or take a walk. At one time it was the nightclub district, but most of these closed down when the government out-lawed amplified music in the area in the seventies in an effort to get rid of undesirables. The strategy was very successful and it is now an area of restaurants, tourist shops, and cafes. Though it is quite commercialized it is still a neighbourhood and arguably the nicest neighbourhood in central Athens. There are a few galleries and museums in Plaka including the Children’s Museum, Music Museum, Greek Folk Art Museum and Jewish Museum 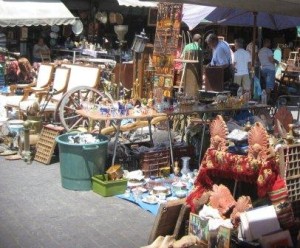 The Monastiraki flea market is the place to be on Sundays. The flea market gives an impression as if every Athenian is here to either buy or sell something. Be early to avoid the crowd and to secure your table at an eatery here just in case you are planning to observe people by sitting in a café.

Overlooking the Monastiraki square and across the street from the metro station is the restored Turkish Mosque, now the traditional ceramics museum. Right next door are the large columns and ruins of the Roman Emperor Hadrian’s Library and the Roman agora.

Greek cuisine has changed with time and has Roman as well as Byzantine influences. In short, its cuisine is as diverse and interesting as its history. Some of the all-time favourites include Tiropitas, Moussaka, Pastitsio, Stifado and Paidakia. 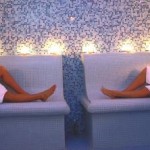 Hammam Baths – Athens has not only an authentic but also one of the most splendid Hammam baths. Hammam baths provide you a relaxing experience through a relaxing full body scrub during the bath and a glorious massage on warm marbles.

Fish Spa – Pedicure by garra rufa fish first originated in Greece and is now a craze all over the world. These tiny fish feed on dead skin and give you the ultimate pedicure. 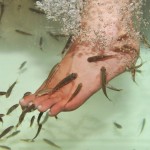 Athens airport is a major hub in the Aegean, Balkan and East Mediterranean regions. Air Canada, United Airlines, US Airways, Delta and Olympic maintain non-stop flights from North America, while a large number of European carriers fly direct into Athens. The new Athens Eleftherios Venizelos International Airport 27 km east of the city centre, near the suburb of Spáta, opened in 2001 as part of the infrastructure improvements in preparation for the Olympics and is allegedly now one of the more attractive and efficient major European airports, though some old Athenian hands say they miss the messy atmosphere of the old Hellenikon.

Regional coaches (KTEL) connect Athens to other cities in Greece. At times there are collaborations with companies from adjacent countries such as Turkey, Bulgaria, Serbia, Macedonia and Albania, so it is advised to enquire both the bus and the train companies about your available options at the time of your travel.

The national rail service, Trainose, connects Athens to other cities in Greece. However, the national railroad system is poor in Greece compared to the other European railway systems. There are two kinds of trains – the slow kind equipped with beds and the new ‘Intercity’ kind which is expensive depending on the distance of your journey. Intercity however, is the more reliable one.

You don’t need to go back in time to witness the beginning of civilisation and the many stages of it. Athens can definitely give you a feel of it when you arrive in the city. A visit to this enthralling and utterly captivating city of art, architecture, sculpture, drama, theatre, philosophy, museums, mansions, monuments will definitely make you wonder and revisit for one visit to Athens cannot be enough to take in all it has.