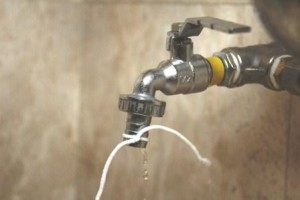 WTD 2013 has been themed ‘Tourism and Water: Protecting Our Common Future’ in support of the United Nations International Year of Water Cooperation and to highlight tourism’s role in water access and the actions currently being taken by the sector to contribute to more sustainable water use.

The Centre has been a responsible user of water since its opening in 2005 with the facility equipped with automatically activated, aerated faucets and low-flow flush toilets in its washrooms. And the Centre continues to commit to a range of water saving initiatives.

According to Chen Soo Yoong, the Centre’s Director of Facilities, water conservation efforts are on-going. “Last year, the Centre embarked on a major water saving project to install water saving filters in 95 faucets throughout the facility including the food court, staff changing rooms, toilets and other public areas. Completed earlier this year, we are confident the exercise will have a positive impact on the amount of water we use.”

Chen also highlighted some of the Centre’s other initiatives including providing clients with conservation options such as replacing bottles of mineral water with ‘water stations’. This was evident during the World Congress of Accountants in 2010 where 6,000 delegates were each given a water bottle to refill from the water stations throughout the four-day conference including pre- and post-event tours. Besides wasting water unnecessarily, this route   created more ‘water-cooler’ style networking opportunities for delegates.

The Centre has also focused on educational efforts to inform visitors, delegates and team members about responsible water usage. Citing a recent staff initiative, Chen said the Centre organised a photography competition for team members with energy and water conservation as the theme. “This competition provided an opportunity to impart valuable knowledge about water and educate our team members on their responsibility in helping the organisation reduce its water use. It attracted some really profound entries.”

As a result of these and other initiatives, Chen shared that over the last three years, between January and August, total water consumption has been reduced by almost 30%, an impressive result indeed given the number of events hosted by the Centre in the corresponding period rose from 859 to 981.

Chen concluded, “As Malaysia’s premier convention facility and a key player in the country’s business tourism sector, we feel it is only natural that we set an example for others to follow when it comes to water and energy sustainability. Cognisant of this, we will continue to explore ways to further conserve water and energy.”